The evergreen combination of Mahesh Babu and Trivikram Srinivas is back to reign with SSMB 28. The film’s pre-production has started as the film goes on floors in August. The film arrives in theatres in summer 2023. Tipped to be an entertainer, Pooja Hegde stars as the leading lady. S Radhakrishna (China Babu) will produce the film under Haarika & Hassine Creations. 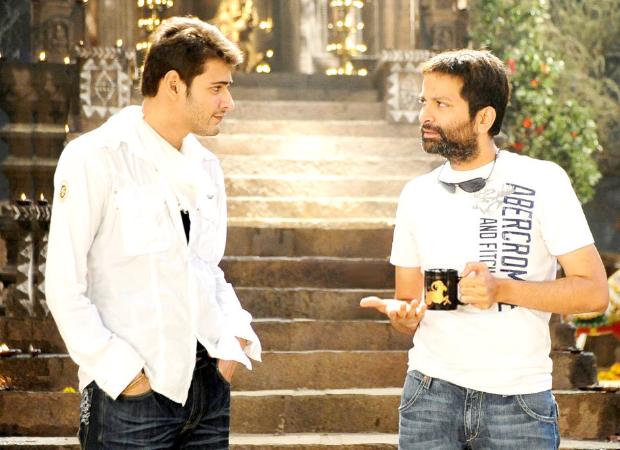 Mahesh Babu teams up with Trivikram Srinivas for third time for SSMB 28, film arrives in theatres in summer 2023

Mahesh Babu and Trivikram’s is one of the crazy and successful combinations. They have previously worked in classics Athadu and Khaleja. Trivikram prepared an engaging script for Mahesh Babu and it will have elements for all sections of audience. Moreover, Mahesh Babu will be presented in a never-seen-before character in the movie.

The Evergreen Combo of Super Star @urstrulyMahesh & our Darling Director #Trivikram is back to REIGN! ????

The most eagerly awaited #SSMB28 pre-production has started on EPIC proportions! Shoot starts This Aug✨

Be Ready for a MASSive Blast at the Screens ~ Summer 2023! pic.twitter.com/m4g6m3p9Ad

SSMB 28 will feature a stellar cast and the most celebrated craftsmen will associate to handle different departments. While the movie to be made on a lavish budget with high standard production values will have music by the in-form composer S Thaman. PS Vinod will crank the camera, while Naveen Nooli is the editor and AS Prakash is the art director.