We all know that the Indian entertainment industry and sports go hand in hand. In what seems to be a unique kind of move for a noble cause, we will once again see the two major industries collaborate. If reports are to be believed, Virat Kohli, who is currently the face of the Indian cricket team and Junior NTR who is a Tollywood superstar will be coming together for a one of a kind campaign related to Road and Alcohol Awareness. 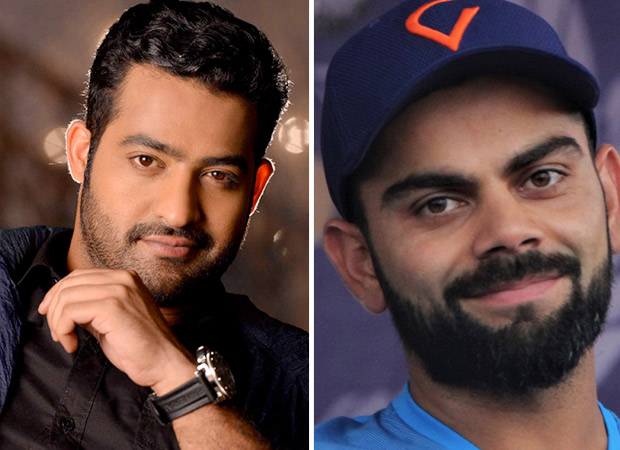 Although there has been no official announcement on the same, certain reports have asserted that Virat Kohli and Junior NTR will be working with seven prominent celebrities in the said Road and Alcohol Awareness campaign. The details of the other celebrities are currently being kept under wraps and it seems that a special campaign is currently being designed for the same. The said program will be aired on the national channel because of its wider reach.

Virat Kohli is currently busy with the Indian cricket team participating in the ICC Cricket World Cup championship held in England this year. Readers would be aware that he is currently the captain of the team.

On the other hand, Junior NTR is shooting along with Ram Charan for the much talked about prestigious film by SS Rajamouli, that fans call RRR. The title of the film is yet to be locked. Based on the partition era, the film will also have a host of Bollywood celebrities including Alia Bhatt and Ajay Devgn playing small yet pivotal roles.