Jr NTR and Ram Charan are all set to enthrall audiences with S. S. Rajamouli's RRR, the most anticipated film of 2021. The making of the upcoming pan-India movie was dropped today and it has arrested the attention of the nation. 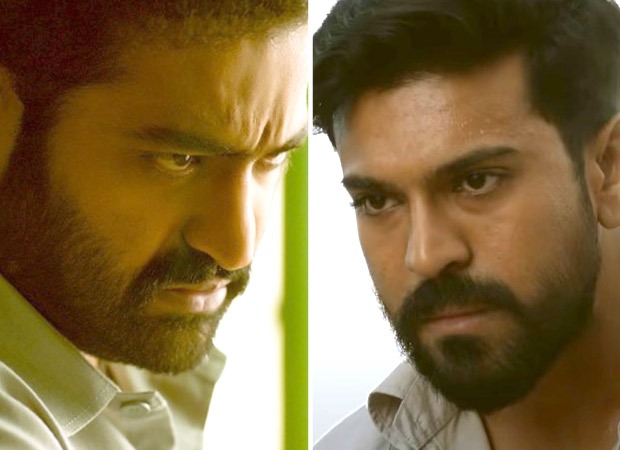 The making captures the glimpses of the star powerhouse performing high-octane stunts in the film. A lot of personal research has gone into the portrayal of Komaram Bheem, the role that Jr NTR will be seen essaying.

Bheem was a tribal leader, who isn't as well known as other freedom fighters. The superstar studied the life of the locally sung hero. To embody the look and the body language of the character, Jr NTR was put on a hectic training program for 18 months. Weighing 71 kilos, the actor was expected to put on about 9 kilos of muscle mass.

In the said video, Jr NTR is seen unveiling his fitness skills and wielding swords for scenes in the Rajamouli directorial. The making video of the film abounds him in dangerous action sequences and edgy stunts and chase scenes.

As intriguing as the video, actor Ram Charan’s intensity in his eyes and the aggression while boxing goes on to show the homework and hard work he has done for the role. It wouldn’t be a surprise if his retro look with suspenders, well-crafted hairstyle and thoughtfully groomed beard goes trending among the netizens. He sure ignites sparks with his looks and action. The background music by Blaaze and Keeravani amplifies the video by multifold. The 3 seconds peek into Alia Bhatt and Ajay Devgn speaks volumes about their roles. The video surely goes on to prove that SS Rajamouli and his team have done it again.