Last Updated 30.01.2023 | 11:06 PM IST
feedback language
follow us on
Bollywood Hungama » News » South Cinema » EXCLUSIVE: Rashmika Mandanna on working with Prabhas- “He is busy for the next 3-4 years”

Rashmika Mandanna is currently relishing in the success of the pan-India film Pushpa which also stars Allu Arjun and Fahadh Faasil. Directed by Sukumar, this is the first time that the above-mentioned three actors have come together for a film. Rashmika is one of the most popular actresses from not only the Telugu and Kannada film industry but across India. The actress who gained commercial success with films like Geetha Govindam and Dear Comrade is one of the most sought after actresses in the country. 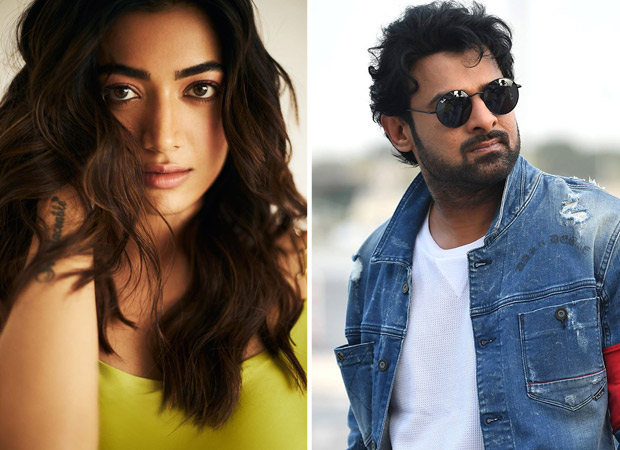 EXCLUSIVE: Rashmika Mandanna on working with Prabhas- “He is busy for the next 3-4 years”

In a recent interview with Bollywood Hungama, Rashmika was responding to fan questions when she was asked when she will work with Prabhas. Responding to it, Rashmika said, "I have no idea. He is busy. I think he is busy for the next 3-4 years. So I think after 4-5 years I will work with him. But I would love to, of course.”

Prabhas, who is a popular name in the Telugu film industry, gained pan-India fame after his performance in the magnum-opus Baahubali. Ever since, he has become one of the most sought after actors in India. He has Radhe Shyam, Salaar, Adipurush, Project-K, and Spirit in the pipeline. As for Rashmika Mandanna, she will soon be seen making her Bollywood debut with the film Mission Majnu alongside Sidharth Malhotra. She will also be seen in the film Goodbye alongside Amitabh Bachchan.

ALSO READ: EXCLUSIVE: Rashmika Mandanna on her Pushpa co-star Fahadh Faasil- “I’ve heard so much about Fahadh from Allu Arjun”