On the sets of his forthcoming film Shaakuntalam, Telugu actor Allu Arjun uploaded a photo of himself with his daughter Allu Arha on Monday. 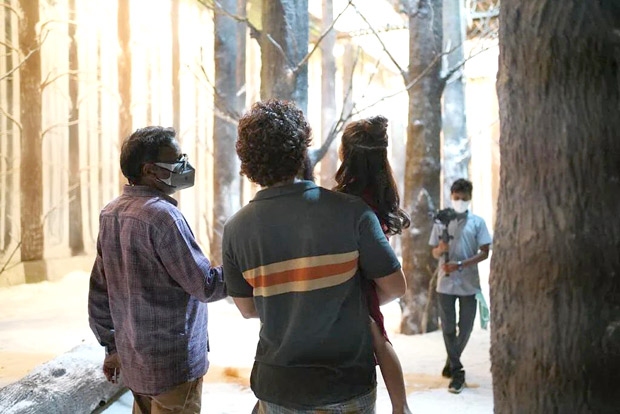 Allu Arjun runs into his daughter Arha, On the sets of Shaakuntalam, says what a memorable coincidence

The actor captioned the photo, “Today my daughter Arha and I are shooting for different films at the same location. So, got to visit her set. I was expecting something like this to happen maybe after 15-20 years. But it happened so soon. PUSHPA meets BHARATA in SHAAKUNTHALAM. What a memorable coincidence.”

Meanwhile, Allu Arjun is now filming Pushpa, a two-part criminal drama. The first instalment, named Pushpa: The Rise, will be released in theatres on December 25.