Ace cricketer Yuvraj Singh announced his retirement on June 10, Monday. Soon after his announcement, tributes and lovely messages started pouring in from all across the globe as they thanked him for giving many beautiful moments in the cricket history. Wife Hazel Keech, model, and actress, also penned an emotional post on the end of an era. 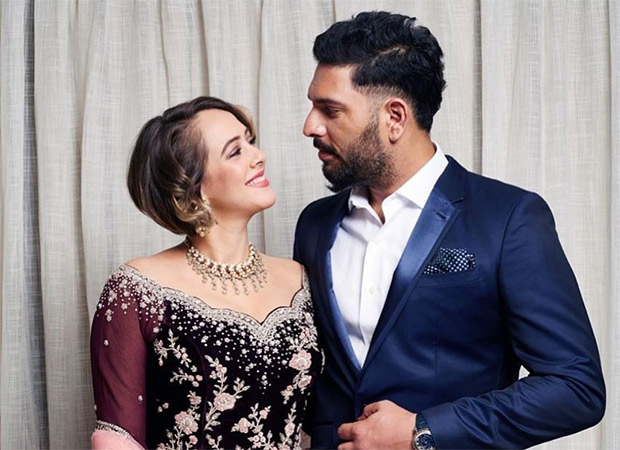 Joining the several celebrities who paid tribute to the cricketer, Hazel Keech wrote, "And, with that, its the end of an era. Be proud of yourself husband, now onto the next chapter.... love you @YUVSTRONG12."

"My wife and mom.. I had been talking to them for 2 years. I told them I wanted to retire and move on. Mentally, I was not happy. But my dad was expecting me to tell him I would retire. He was very happy and he hugged me and he was satisfied with his journey through me. He said he was upset he wasn't in the team when Kapil Dev won the 1983 World Cup," Yuvraj said at the press conference held on Monday.

After two years of courtship, Yuvraj Singh and Hazel Keech tied the knot on November 30, 2016 following the Sikh tradition at Fatehgarh Sahib near Chandigarh. They even had a Goa wedding following the Hindu rituals followed by a Delhi reception.

ALSO READ: Yuvraj Singh announced his retirement from international cricket and Twitter users are losing it!