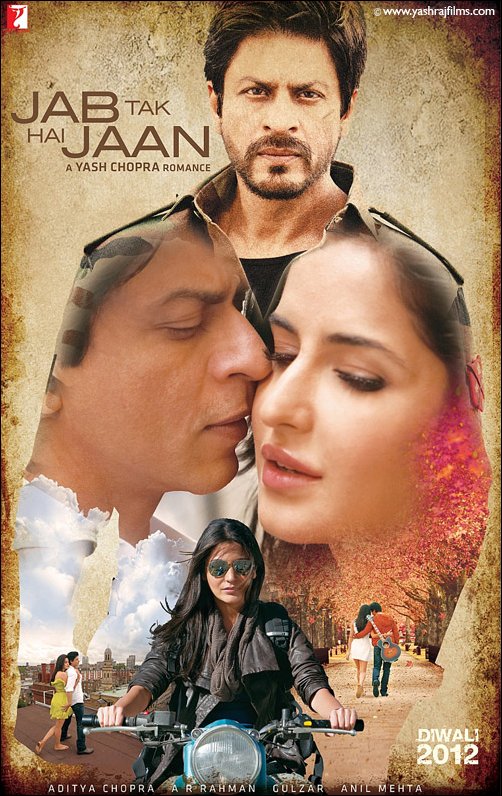 The upcoming Yash Raj film starring Shah Rukh Khan and Katrina Kaif which marks the comeback of Yash Chopra as a director may be one of the most awaited films this year. Chopra, who will be returning to direction after a gap of eight years, has finally settled on a title, Jab Tak Hai Jaan.


Since the film was untitled since its production, a number of titles were speculated in the media. But now all can rest in peace as the film gets a title. Jab Tak Hai Jaan stars Shah Rukh Khan, Katrina Kaif, Anushka Sharma, Rishi Kapoor and Neetu Singh. The film also brings together A R Rahman and Gulzar for the music.