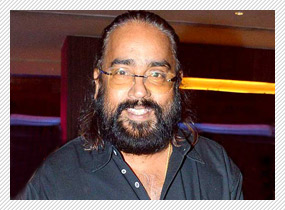 The vibes are just right, the buzz is good, the hype has sustained. Yamla Pagla Deewana 2, after being heavily promoted for last couple of months, is all set to arrive

tomorrow. Close to two and a half years after the release of Yamla Pagla Deewana, the sequel has changed hands from Samir Karnik to Sangeeth Sivan. The director,

who has to his credit good comic successes like Kya Kool Hain Hum and Apna Sapna Money Money, has all the right reasons to believe that he has a winner

in hands with Deols around.

Looks like you have brought in all the 'masti', fun and 'mazaa' together in one riotous affair. However, does the film primarily play as an array of gags and funny episodes?


There is a story in there of course. It is a huge clash of ideals which forms the basis of the story. It is all treated in a very humorous manner though. There are no serious

moments whatsoever even if there is a conflict in there. In the middle of this all there is a lot of comedy as well as the romantic elements.

Has the film been actually designed as a sequel per se? Or is it mainly a franchise affair with altogether different characters and setting?
No, we have not tried to take the story forward from the last time. We have just taken out the three principle characters from the first one while retaining their relationship. So

yes, we have a father and his two sons. Sunny is still a straight forward guy while Dharamji and Bobby are two conmen. Unfortunately Sunny doesn't know that they are back

to their business. He believes that they have reformed. When they meet, the problems begin.

Sunny is someone who is known for his action image. Did you have to go out of your way to extract comedy out of him?
I feel Sunny is the easiest person to handle. He works on a different formula altogether. He wants his character to be clear because he won't do anything that a character

won't do. He wants to feel the character and in case of YPD2, he knew exactly what his character demanded.

I guess you also have a personal equation with Sunny, given the fact he was the central protagonist in your debut Bollywood affair Zor.
Yes, and now I have explored different styles with Sunny, right from action to comedy. He likes to shoot early and hence he used to be the first person on the sets. So early

morning I would work with Sunny and then later in the day, I would shoot with Bobby and Dharamji. If I had to do something slapstick then Bobby could pass on very well. He

has got into this comic room very well. On the other hand Dharamji has always been a rockstar.

Talking about Bobby, he hasn't been going through a great patch in films of late. Was it a challenge for you to present him in a crowd friendly manner?
The thing about actors is that you need just one Friday to see a turnaround. There are so many films that he has carried alone. Sometimes you go through a phase which is

bad but that doesn't stop him from being a good actor. In my Ek - The Power of One, he was a brooding Bobby. Now in YPD 2 he is being light and open. I have given

him a lot of freedom here. He has carried off the part very well and is looking hundred bucks. He is looking like a Greek God. When I saw these three Deols for the first time

together, I could see three very handsome men.

There was an interim period for you though which wasn't very handsome professionally. While Click didn't click, your foray into production wasn't successful

either. How did you pull yourself up?
See, I always wanted to promote new talent. I realised though that without backing of a good distribution house, there is no point in making films. Reason being that if a film

is not promoted right then the whole work goes waste. Unless there is big corporate or distribution house involved, there is no point in making any number of films. Hopefully

things would change now and there would be people who would want to exploit my films. For the time being I have kept production on the backburner though. I just produced

As a director, what happens from this point on?
We are working on Cheers and the writing process is on. It would need some time though as we want to re-look at the script and make changes if required. The film is

immediately after. Hence for me, the first big tension was to have my promo of YPD 2 connect with the audience. It was really scary when we released it. Once it was

accepted, I felt a lot easier and relaxed. You can expect a lot more from the film when compared to the promo. This is a film which should do double the business of YPD.