Bala actress Yami Gautam worked in TV serials before she made a grand entry in Bollywood with Vicky Donor opposite Ayushmann Khurrana. She later went on to do impeccable movies like Kaabil, Sarkar 3, Uri: The Surgical Strike, Batti Gul Meter Chalu, Ginny Weds Sunny, Action Jackson, Badlapur, Sanam Re, Junooniyat, and Total Siyapaa. The actress married her Uri director Aditya Dhar after dating him for a brief time. At present, she is in Kolkata shooting for the investigation drama Lost directed by Aniruddha Roy Chowdhury and backed by Zee Studios and Namah Pictures featuring Pankaj Kapur, Rahul Khanna, Neil Bhoopalam, and Pia Bajpiee. 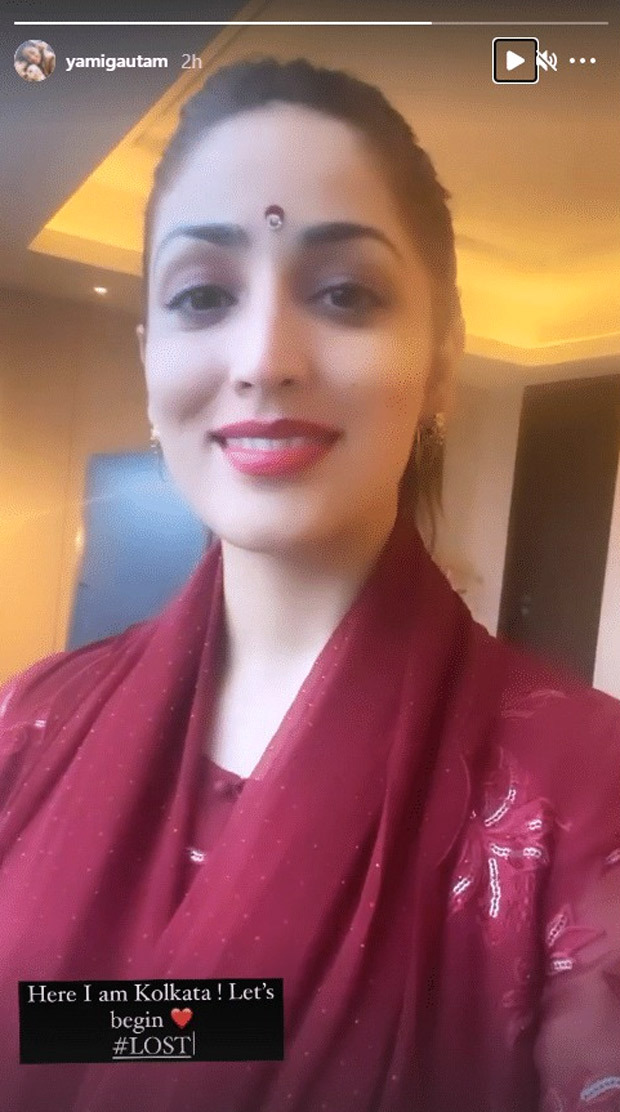 The 32-year-old actress posted a picture on her Instagram story and shared the news with her fans. She wrote, "Here I am Kolkatta! Let's begin #LOST" over her picture. Yami was looking elegant in a Magenta suit and lipstick topped with a bindi and earrings. One week ago Yami Gautam had shared the first look of Lost on her Instagram handle and wrote, "Here comes another hard-hitting & thrilling tale that's more relevant than ever in today's time, #Lost Helmed by @aniruddhatony and starring me @officialpankajkapur , @mrkhanna, @neilbhoopalam, @piabajpai and @tushar.pandey. Filming begins soon!".

The fans have been waiting for the film since its announcement and today the film went on the floors in Kolkata. The film will be shot in some areas of Kolkata to portray the underbellies of the city in the film. The Uri star took to her Instagram handle and shared pictures of her holding the clapperboard and captioned it, "The shot is set. The journey kickstarts ✨ #Lost shooting begins! @aniruddhatony #PankajKapur @mrkhanna @neilbhoopalam @piabajpai @tushar.pandey @zeestudiosofficial @namahpictures #ShariqPatel @shareenmantri @arora.kishor @samsferns @mukerjeeindrani @writish1 @moitrashantanu @swanandkirkire". 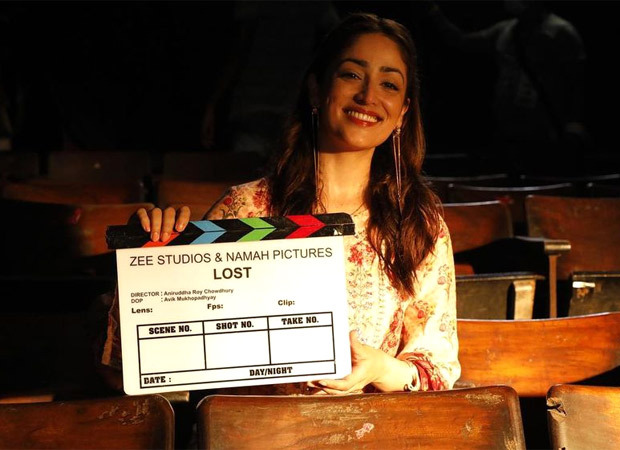 The actress announced the commencement of the shoot getting started and scene 18 and shot 1 were mentioned on the clapperboard. She looked very happy in an off-white suit holding the clapperboard. The film will unmask the matters of media ethics and Yami Gautam will be seen playing a role of a spunky crime reporter. Yami Gautam will next be seen in the horror-comedy Bhoot Police also starring Saif Ali Khan, Arjun Kapoor, Jacqueline Fernandez, and Javed Jaffrey opposite her. It will be released on 17th September on Disney+ Hotstar.

Also Read: Yami Gautam wishes her father on his birthday with an unseen video from her Haldi ceremony