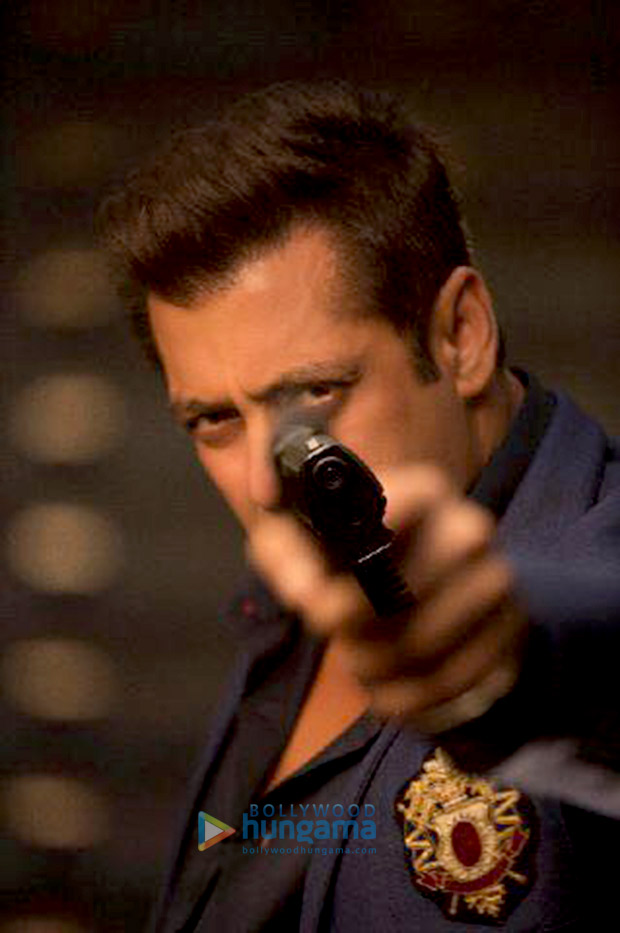 The much-in-the-news Race 3, the third part of the popular suspense thriller franchise, has finally gone on floors. The first two parts featured Saif Ali Khan in a leading role and the film was loved for its numerous twists and turns. However, Saif Ali Khan and even Anil Kapoor, who had a supporting and a fun-filled role in Race and Race 2, were dropped from Race 3, along with director duo Abbas Mustan. Superstar Salman Khan was brought on board as the film’s leading actor with Remo D’Souza directing the third part. Like most Salman’s release of late, Race 3 is all set to hit screens on Eid, next year.

Last week, the film went on floors and the entire principle cast was present – Salman Khan, Jacqueline Fernandez, Daisy Shah, Saqib Saleem and Bobby Deol. And today, Salman Khan posted a picture on Twitter and it seems like a film still. Salman looks dashing and is clean shaven, unlike his bearded avatar seen on the day the film went on floors. The superstar is confidently holding the gun and pointing the camera, due to which a part of his face is hidden. It makes for a great impact. He’s a wearing a black shirt and a blue coat on top of it. The coat has an interesting logo and perhaps, Salman is a part of a government investigative agency in the film. '.... and Race 3 begins' is the caption of this picture.

A lot of apprehensions were raised after Saif Ali Khan was dropped from Race 3 as he was the mainstay of the franchise. But Salman definitely looks great and it seems that Race 3 might really be an interesting thriller to watch out for!