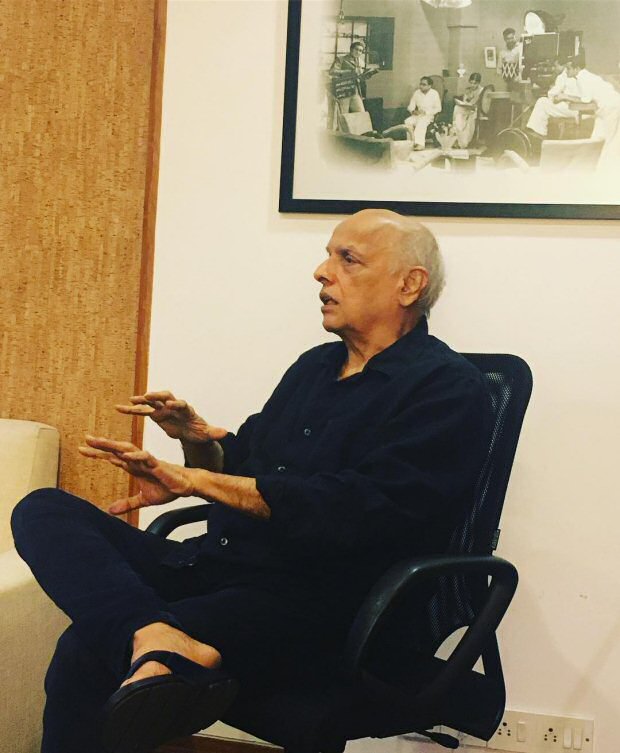 In April this year, reports emerged that Mahesh Bhatt is planning a sequel to his 1991 popular directorial venture Sadak. The film starred Sanjay Dutt and his daughter Pooja Bhatt in leading roles. It was a huge hit and was loved for its writing, direction and performances.

After the reports of Sadak 2 were out, Sanjay Dutt confirmed that they are in talks and he’d like to do the sequel. Pooja Bhatt said that Sanjay has been meeting Mahesh Bhatt, uncle Mukesh Bhatt and her, since more than a year. She however said that they’ll make the second part only if they come across the right script and it might have a new cast and not necessarily her and Sanjay Dutt.

With this picture, it’s clear that the Bhatts are seriously working on Sadak 2 and very soon they’ll make the announcement about the cast of the film. Mahesh Bhatt said goodbye to direction after making Zakhm in 1998. It remains to be seen if he makes a grand comeback to direction with this flick!