Alia Bhatt, who was recently seen setting the stage on fire at her bestie’s wedding, has also gotten busy with work. She is busy with the Ayan Mukerji superhero film Brahmastra and has even been sharing pictures from the Ranbir Kapoor starrer. Amidst that what we didn’t expect was to catch another good glimpse of her swanky new vanity van designed by none other than Shah Rukh Khan’s interior designer wife Gauri Khan. 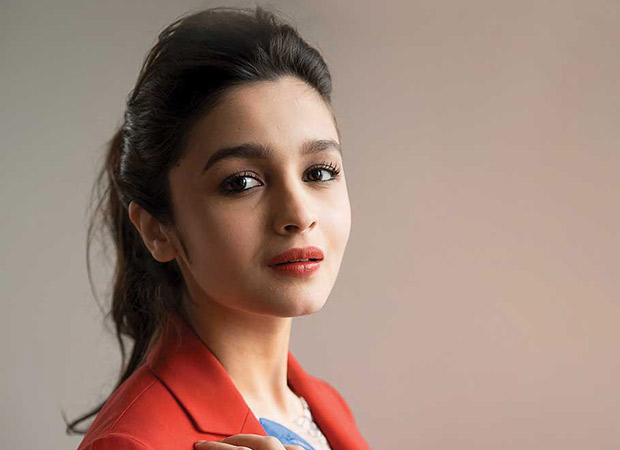 The Gully Boy actress recently shared another picture of her vanity van wherein we sneak peek into the varied rooms of the van which includes the dressing table and the wardrobe too. Alia Bhatt had shared this picture as her Instagram story captioning the same, ‘When Work Feels like Home’. 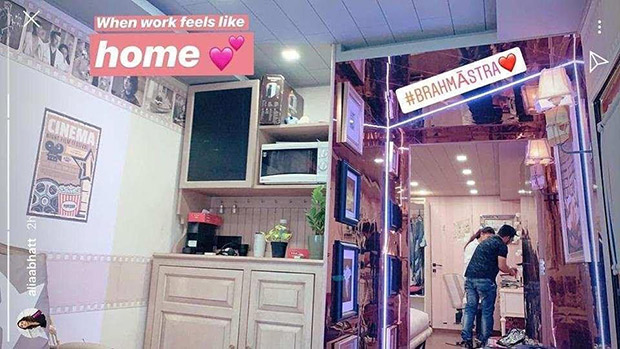 Well, we all know that the actress had earlier shared a glimpse of her vanity van on Instagram where she had also thanked her designer Gauri for this amazing touch of lights and walls she had given for her van.

On the work front, while she is already busy with Brahmastra, Alia Bhatt will soon kick off with the promotions of Kalank. The film features Varun Dhawan, Sonakshi Sinha, Aditya Roy Kapur, Madhuri Dixit, and Sanjay Dutt amongst others. Besides that, she will also star in Sadak 2, which is directed by her father Mahesh Bhatt and reunites her with Sanjay Dutt and features her sister Pooja Bhatt too. Takht is another multi-starrer that she will be a part of and it stars Kareena Kapoor Khan, Ranveer Singh, Vicky Kaushal, Bhumi Pednekar, Anil Kapoor and Janhvi Kapoor.

Also Read: Alia Bhatt shares a glimpse of her new ‘moving’ home aka vanity van and we can’t get over its BEAUTY!