Last Updated 27.05.2020 | 8:00 AM IST
feedback language
follow us on
Home » News » Bollywood Features News » Bollywood News 5 roles of birthday boy Shahid Kapoor that are a clear proof that he is an underrated actor

Shahid Kapoor turns 38 today and we, at Bollywood Hungama, are taking this opportunity to look back at some of the best performances Shahid has given in the industry and yet was not appreciated enough. Even though it is hard for us to believe that this man turned 38 and is a father of two adorable kids, we still like to take a few moments once in a while to appreciate this fine piece of art that is Shahid Kapoor. 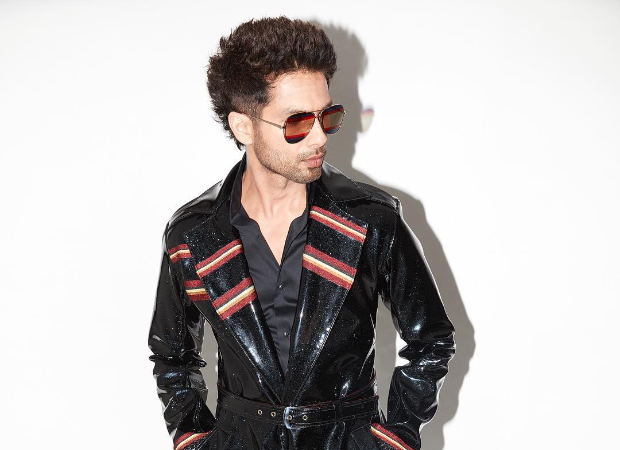 Ever since he began his career, Shahid has never shied away from exploring his horizons and stepping out of his comfort zone for a role. Be it taking special speech coaching for his double role in Kaminey, or going for a quirky hairstyle for his role in Udta Punjab, Sasha knows how to get in to the skin of the character.

Here are some of the roles that Shahid has played in the past with absolute ease and has not been appreciated enough.

Shahid portrayed the role of a Rajput king who tries his best to save his kingdom and wife from the wrath of Allauddin Khilji and fights till his last breath. While the world was praising Ranveer Singh for being the best antagonist the industry has seen in a long time, for all the right reasons, people failed to mention how perfectly Shahid had caught on the role. From his accent to his posture, to his expressions, the man made it look like a cakewalk.

Sasha plays the role of a lawyer who tries to make money out of court settlements and then he tries really hard to fight for justice for his best friend’s death. The transition from a hypocrite to an honest lawyer just fighting for the truth is something only Shahid could have done.

A movie that rightly points out the problem of drug addiction among the youth, Udta Punjab had a great impact on the audiences. Shahid Kapoor’s role in the movie is of a rockstar who sings about drugs and later gets a reality check of how his songs have played an important role in ruining the youth like they did. His attempts to save a girl from being abused were worthy of most of the awards.

His role in Haider left us with goosebumps. Especially the monologue where he is talking to the crowd with a rope ties to his neck. And how can we even forget his dialogue to Tabu regarding how a mother does not look good while lying. Shahid’s choices of scripts deserve a standing ovation. The movie did not receive as much appreciation as it should have, but we fell for Shahid all over again.

Kaminey definitely was a game changer in Shahid’s career. This was probably the first time that we have seen Shahid out of his comfort zone of a chocolate boy and the audience had seen him as the classy actor that he is. Both his roles in the movie were intense and deserved all the love they got and more. Charlie was the one who lisped while Guddu stammered, Shahid consulted a speech therapist to get his role on point for the character and he did manage to leave us in awe of him.

Here’s wishing Shahid Kapoor a happy birthday and we hope we get to see him performing more roles that make us fall for him over and over again. On the work front, he is currently shooting for Kabir Singh that happens to be a remake of the Tamil blockbuster Arjun Reddy. The movie also stars Kiara Advani and is directed by Sandeep Vanga.