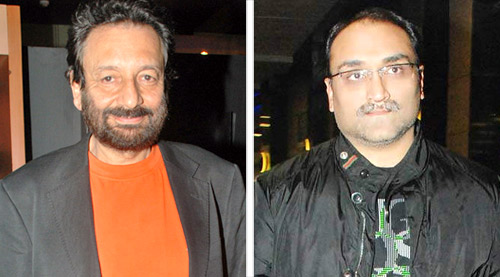 For the first time the very restless energetic and creative Shekhar Kapoor, currently helming a television series in the West on Shakespeare, speaks on the tragic failure of his pet project Paani to take off in collaboration with Yash Raj films.

"It is true I am no longer doing the film with Adi (producer Aditya Chopra). But that doesn't mean I won't be doing thus film. I've lived with the project for many years now. When I first spoke about the impending water scarcity 12 years ago everybody laughed at me. Today the water famine is a looming reality," says Shekhar pensively, and then chuckles, "I do hope I am able to make Paani before water becomes a rationed commodity. If I make it then no one would be able to afford cinema tickets."

So what happened to the collaboration with Aditya Chopra and Yash Raj Films?

Shekhar, never known to weight his words, is understandably circumvent in answering this one question that is on everybody's mind.

He finally says, "See, you have to understand Adi is not only a producer. He is also a very accomplished filmmaker with extremely independent ideas on cinema. Adi and I are both fiercely individualistic filmmakers. We just couldn't agree on the way Paani should be made."

What Shekhar leaves unsaid is that the budget which Shekhar required to make Paani did not suit Yashraj and Aditya Chopra.

Poor Sushant Singh Rajput lost close to two years of his career preparing for Paani. He has now moved on to doing some inconsequential rom-com with Kriti Sanon while the fate of his ambitious Dhoni bio-pic remains undecided.

Says Shekhar regretfully, "We spent close to two years planning the project together. But it wasn't meant to be. Not with Adi. I'll make Paani for sure."