The year 2018 is proving to be the best year for Bollywood this decade as the industry has seen the release of as many as 11 hit films already and the count is expected to just increase further from hereon. The hit films of 2018 so far include Padmaavat, Sonu Ke Titu Ki Sweety, Raid, Hichki, Baaghi 2, 102 Not Out, Raazi, Parmanu – The Story of Pokhran, Veere Di Wedding, Sanju and Dhadak. The two independence-day releases i.e. Gold and Satyameva Jayate are also expected to find a place in the list of hit films this year, however the collections on Monday will tell us if they eventually emerge hits or no. 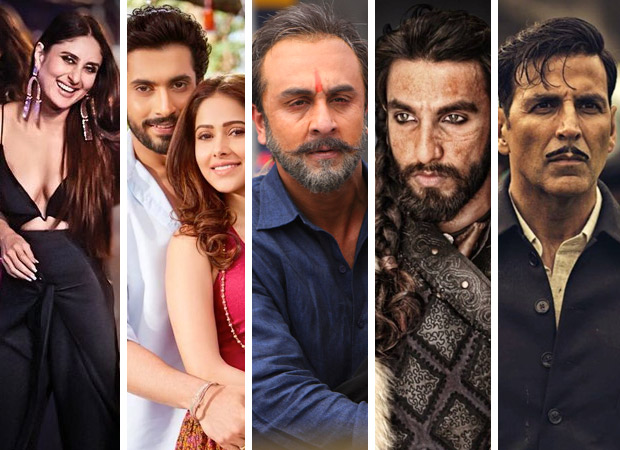 The biggest blockbuster of the year so far is Rajkumar Hirani’s Sanju starring Ranbir Kapoor in lead. The film which was always expected to do well at the Box-Office surpassed all expectations and proved to be the second highest grossing film of all time. The second biggest hit of this year is Sanjay Leela Bhansali’s Padmaavat starring Ranveer Singh, Deepika Padukone and Shahid Kapoor in lead. Both Sanju and Padmaavat proved that cinema is still a directors’ medium. Three of the biggest surprises of the year came in the form of Sonu Ke Titu Ki Sweety, Baaghi 2 and Raazi which made an entry in the Rs 100 crore club despite not having an extremely bankable star-cast. The other hits of the year i.e. Raid, Hichki, 102 Not Out and Parmanu – The Story of Pokhran proved that content always sells at the Box-Office and will get the desired audience in the long run.

With 5 more months left to go, there is a strong possibility of having 23 to 25 hit films this year, which would be the highest hit count in a single year this decade. The films that are expected to get the hit verdict in the coming few months include Happy Phir Bhaag Jayegi, Stree, Batti Gul Meter Chalu, Sui Dhaaga, Namaste England, Thugs Of Hindostan, 2.0, Total Dhamaal, Kedarnath, Zero and Simmba. Apart from these, there are a few small films which can spring in a pleasant surprise. All said and done, this year indeed stands a chance to witness the release of 25 hit films, which would make 2018 the most memorable year of this century. So far, 2012 is the best year with 16 hit films. Post that, the hit count was constantly dropping however, 2018 already seems to be the best year for the industry this decade. With 11 hits already and ample of films up for release, we are eagerly looking forward to see if the hit count reaches 25 or no.

Also Read: From Padmaavat to Dabangg to PK to Zero: Analysing Bollywood’s obsession with numerology