“Jyada natak kiya na toh tere Akhrot tere muh se bahar nikaal dungi.” Well that was the line featuring Yami Gautam as the RAW officer in her forthcoming film Uri. The actress has shed her girl next door image and has gone a step ahead by featuring as a strong officer in the film. As one of her introduction scenes in the trailer, it featured her mouthing the above dialogue and it seem to have had gathered some attention. 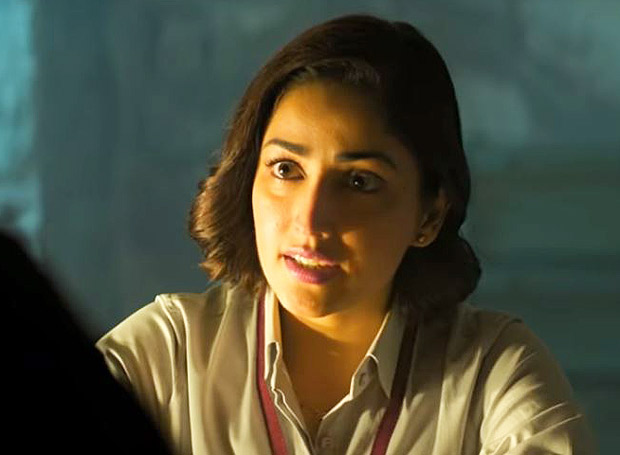 Considering the same, during a recent interview with Bollywood Hungama, we decided to ask her take on the dialogue. During the Rapid Fire section, we asked her to explain the meaning of the dialogue she had spoken about Akhrot. While her reaction was laughter and she continued to laugh for a few moments over the question. The reaction of her co-star Vicky Kaushal was a loud laughter too and he also added that he would be ready to lose the Rapid Fire round because it is a brilliant question.

Coming to the film Uri, as the name suggests, the film is based on the surgical attacks that happened in Uri in Jammu Kashmir in 2016. After India was taken by a surprise by militants at the border, they decided to retaliate and respond to these attacks.

Starring Vicky Kaushal, Yami Gautam and Kirti Kulhari in prominent roles, the film is directed by Aditya Dhar and produced by Ronnie Screwvala under his banner RSVP Films. Set against the backdrop of real life incidents, it is expected to release on January 11.