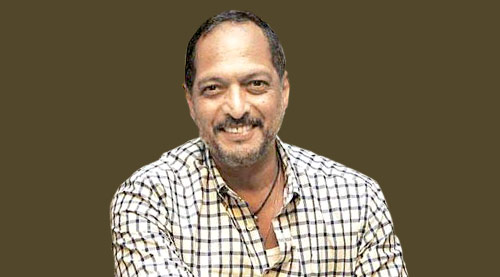 Nana Patekar, the powerful acting maestro, who recently wowed the critics and the audiences with his stellar performance in Natsamrat, has once again lent his voice to Sher Khan. Back in the early 90's, Nana had dubbed for the fearsome tiger in the animated series, 'Jungle Book: The Adventures of Mowgli' that was aired on Doordarshan.

Nana says, "The first time I had played the role years back and I wish to be young again. That time, the movie was released by NFDC and Ravi Malik asked me whether I would play a part in the movie and I Simply said yes, why not? Since, I did not have enough money that time; it did play a very important role. I was rewarded with some Rs 3000 to 5000. But this time, money wasn't an issue, I just wanted to reminisce my good old days. I am happy about it."

Disney's The Jungle Book is one of the most-anticipated films of recent times and the Indian audience will get to watch it on April 8, a week before US release.