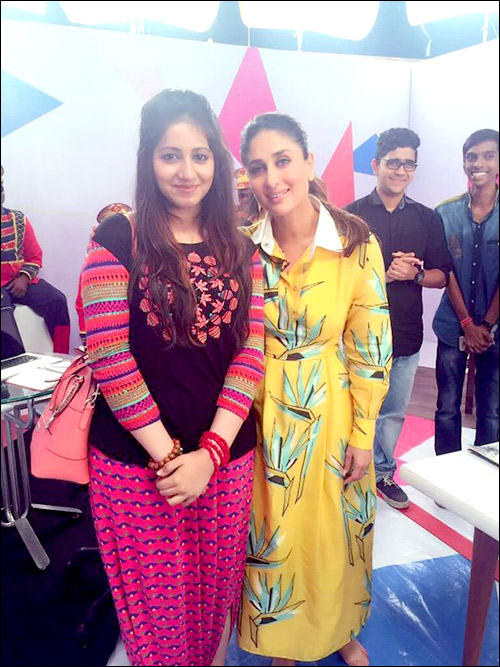 During the promotions of Ki & Ka, Kareena Kapoor Khan had a surprise visitor, a diehard fan from of the actress from Burma. A young girl from the Yangon, Burma recently visited Kareena Kapoor Khan whilst she was promoting the film with her co-star Arjun Kapoor in Mumbai.


It is being said that this young fan got in touch with Kareena's team and dropped in during the promotions of the film in Lower Parel, Mumbai. Kareena Kapoor Khan was not only touched by her gesture but also spent hours chatting with her fan and from what we hear the two even shook a leg on a song. In fact, the actress was also impressed with the young girl fan and stated that the girl was quite bright.