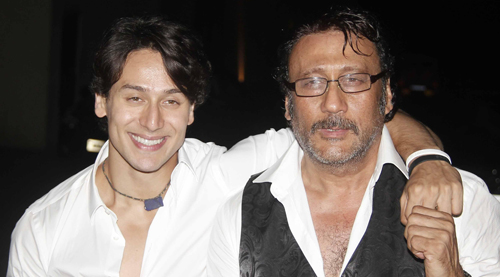 It wasn't surprising for a superstar like Jackie Shroff to be flooded with film offers during his reigning days. In fact, he had great scripts, good co-stars and a supporting crew. But when he was offered some of the best films, he chose to overlook these offers and all this for the special person in his life, Tiger Shroff. The current generation heartthrob Tiger is the apple of his father's eye and Jackie has sacrificed many films because he opted to take care of his baby boy instead.


One of the prime reasons for Jackie rejecting these films was outdoor schedules. Jackie was of the opinion, that every script has certain requirements and often it involves trips to different cities, towns and even countries. However, Jackie was not ready to take off on these trips leaving his baby boy Tiger alone and therefore he declined to star in such films. But that was not all! Jackie Shroff was also of the opinion that he would not take his son for the outdoor schedule since that would hamper his studies and his daily routine.


One such example is Vishwatma. After the success of Tridev, the makers of Vishwatma wanted to repeat the success by casting the same trio of Sunny Deol, Jackie Shroff and Naseeruddin Shah. However, the film's script required Jackie to travel to Nairobi but they could not persuade the actor in leaving his baby boy Tiger Shroff behind.


This was not the only film! Others include films like Tahalka which was shot in Manali, Do Matwale that was shot in Goa and Sahiban which had a schedule in Jaipur. Jackie Shroff rejected over four films because he wanted to stay by the side of his son.


Well, we must say that there only a handful of such responsible gentlemen who chose responsibilities of fatherhood over stardom, fame and money. Now we know why Tiger Shroff can't stop gushing about his father who is his 'hero'.