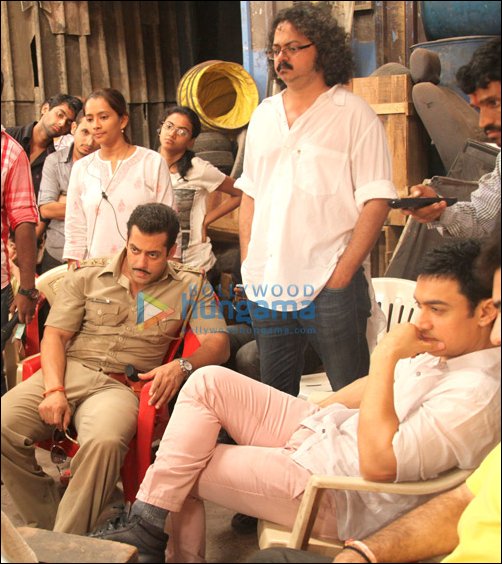 The Dabangg 2 team which was shooting in Mehboob Studios had a very special visitor on the sets. Our insider sources tell us that visiting our Chulbul Pandey was none other than superstar and good friend Aamir Khan.

The actor who was shooting in the neighborhood decided to drop in on the sets for a quick chat with Salman bhai. A source close to the team said, "When Aamir sir heard that Salman bhai was shooting in the neighborhood, he made it a point to come and visit him after wrapping up his shoot. Salman Bhai was very happy with this kind gesture of Aamir sir and both of them chatted for quite a long time. Bhai even showed him a little footage of what we had shot that day."

Well, we're sure having the two Khans together on the sets would have been a fabulous day for the crew.