When two genius filmmakers connect, it is a once-in-a-lifetime moment in cinema history to watch out for! Shoojit Sircar spoke to Steven Spielberg on West Side Story, cinematic inspiration, filmmaking, connecting with today's youth, Indian cinema, music, and much more. 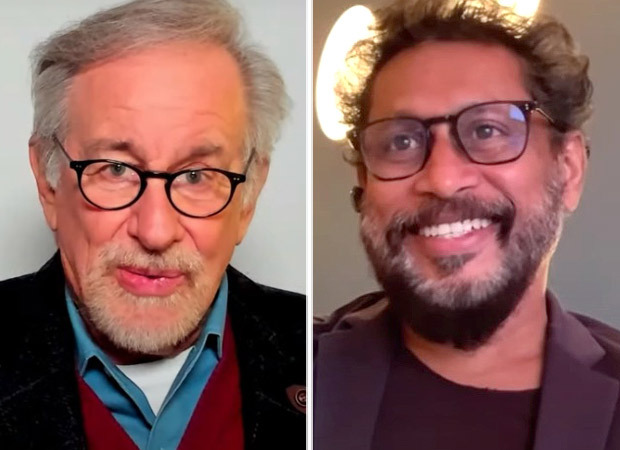 During Spielberg's conversation with Indian filmmaker Shoojit Sircar, the director has praised Indian directors including Sircar for being "smart" in their filmmaking approach. When Sircar asked Spielberg whether he knows the importance of the musical part in Bollywood movies, which includes songs and dances, Spielberg revealed that he finds Indian filmmakers and their approach towards movies admirable! "You know, you're very smart...because I'll tell you why it's very smart. It is selling a story through the fastest way to our hearts," Spielberg began, adding that adding "music and dance" in any piece is the "fastest way" to attract the audience.

"Nothing reaches us more profoundly than if we are carried off somewhere where we never expected to go by a piece of music," Spielberg added as he commended Shoojit Sircar and other Indian filmmakers for using music and dance to make the movies more approachable.

During the conversation, Sircar mentioned how he did the musical early in his theatre days. He then asked Spielberg, “Have you come full circle as a filmmaker touching upon musicals, a genre that you have not touched before?” Spielberg responded, “This genre has been close to my life all my life. It just took West Side Story to do a musical.”

Spielberg said, “I think as we get older, everyone gets more fearless. I needed to be fearless to take this on, and this was based on the Broadway musical. It will be liberally compared to the 1961 film. I didn’t feel like I was violating anything because I don’t really necessarily love remakes. I consider this an authentic and re-imagined version of the musical. I didn’t feel like I was violating the classic by telling this 2021 story.”

ALSO READ: EXCLUSIVE: “I also felt that the audience today is very demanding of authenticity” – says Steven Spielberg on West Side Story and modern depiction