We are now conscious of the contemporary styles and quirks, courtesy our globe-trotting celebs. Airport fashion is versatile and each week witnesses a resurgence of trends giving us delightful glimpses of sartorial travel wear. The weekly airport style includes celebs like Kriti Sanon, Malaika Arora, Shamita Shetty and Khushi Kapoor who jumped aboard the distressed denim bandwagon. But millennials Athiya Shetty, Sidharth Malhotra opted for the uber-comfortable athleisure along with Shilpa Shetty. Traveling can get cumbersome with little or no heed to one’s looks but trust the B-townies to amaze us with their minimal yet chicer than usual avatars. Fashioning their presence while posing for the shutterbugs, they give us #TravelGoals.

While their attires get us excited, we also love how these celebs notch up the travel ante with the now staples of a handbag or backpack, white sneakers, denim or bomber jackets and sunglasses. Indeed a thriving vibe that airport styling is, let’s steal some enchanting styles and catch this week’s jet-zooming celebs right here! 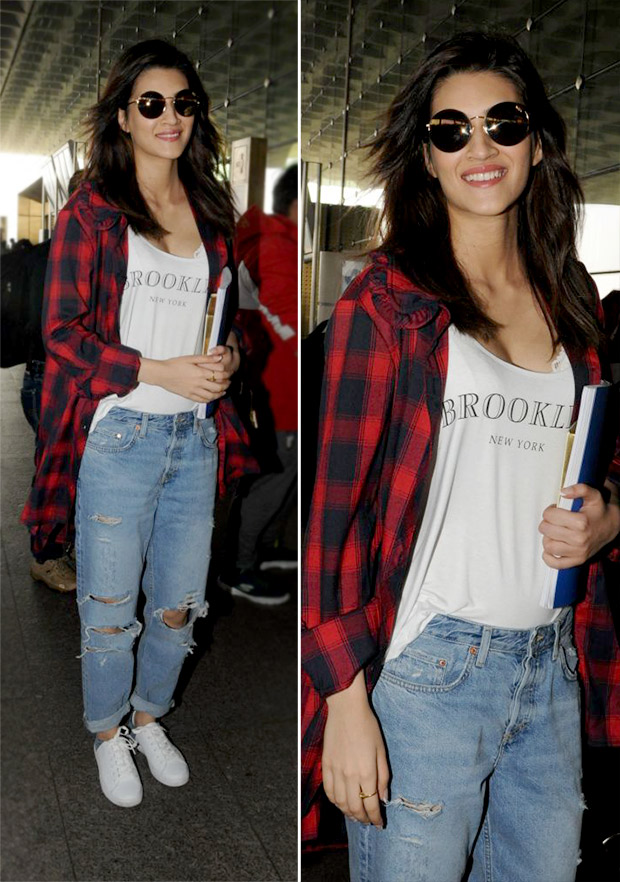 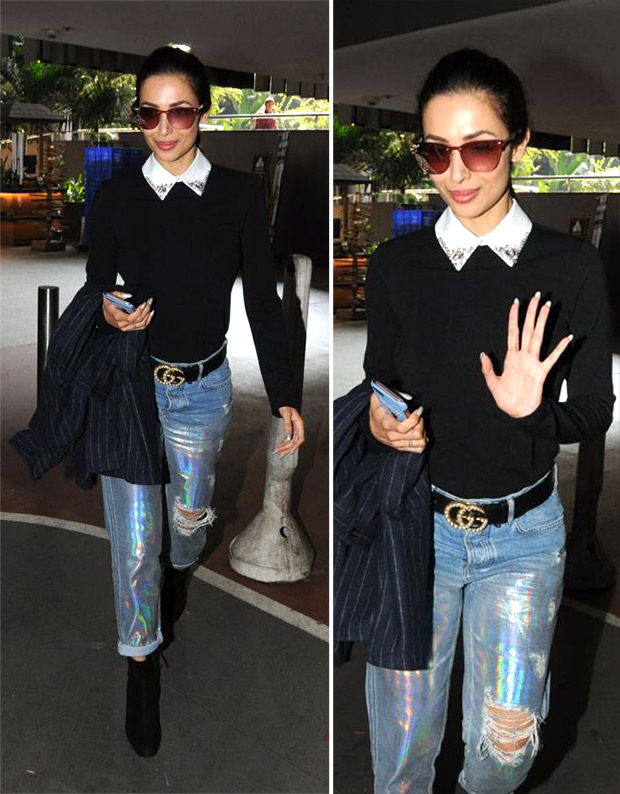 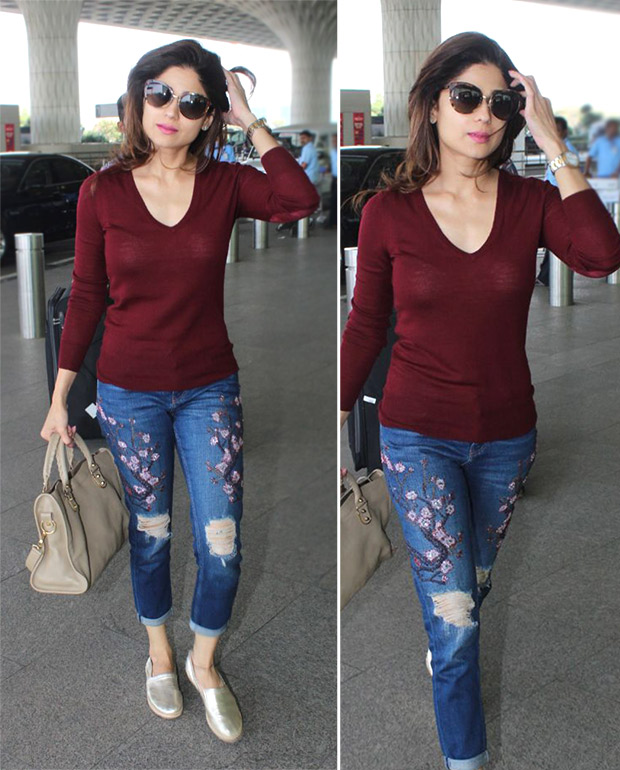 Shamita wore a wine red fitted tee with embroidered and distressed denim and topped off the look with metallic sneakers, handbag and sunnies. (Also Read: Here’s how Shamita Shetty decided to spend her birthday) 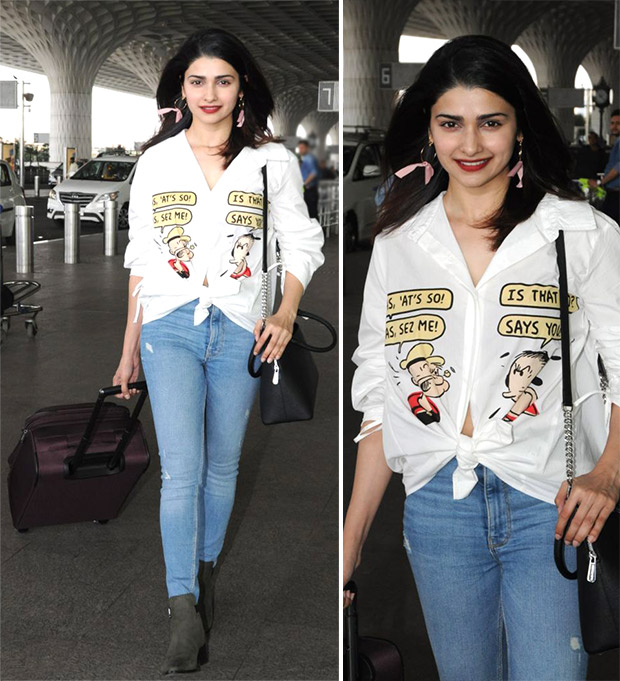 Prachi teamed her Only x Popeye longline shirt with mildly distressed denim and boots. A handbag with pink earrings and open hair rounded out her look. 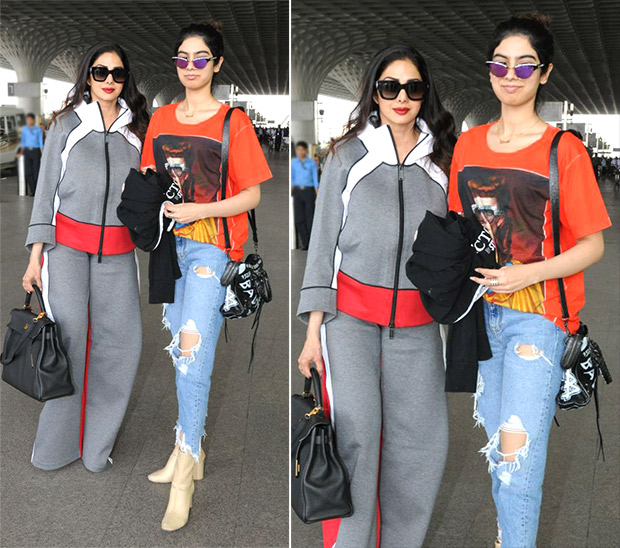 The teenager teamed her Gucci graphic tee with severely distressed faded and cropped denim, boots, a Balenciaga sling bag, an updo and a delicate necklace. 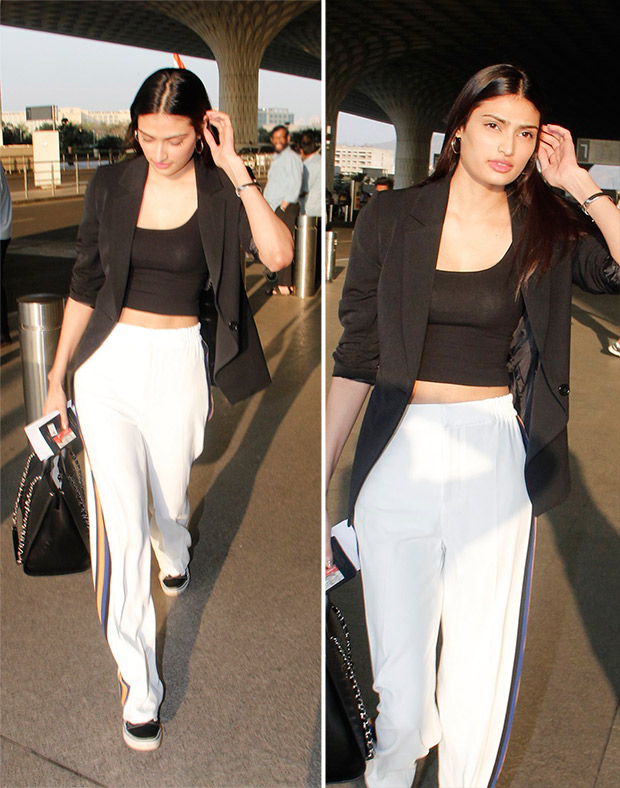 The millennial teamed her uber-chic white pants with a black cropped vest and layered her look with an oversized handbag, sneakers, minimal makeup and a sleek hairdo. 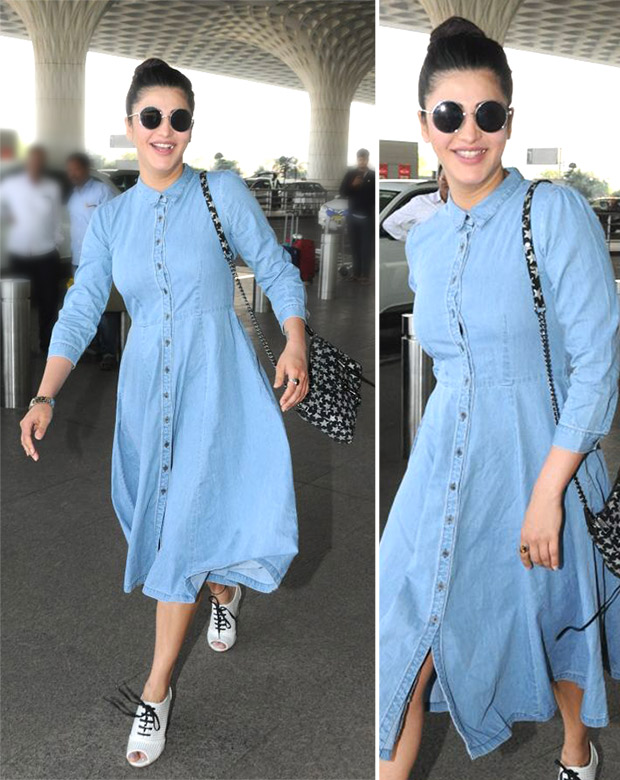 Shruti sported a denim dress from AND with white peep-toed lace-ups, a star printed sling bag, a chic updo and dark sunnies. 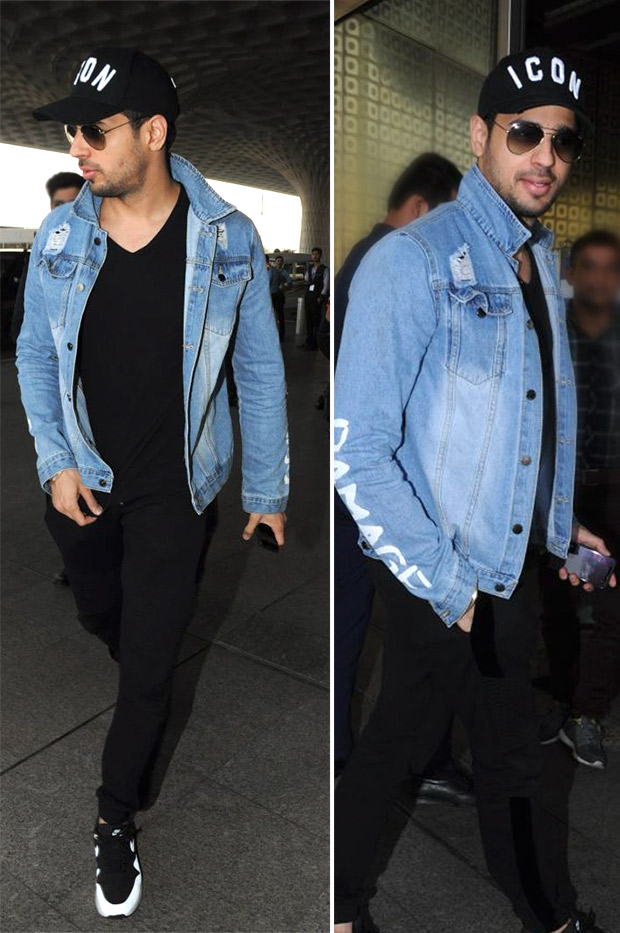 Breaking the monotony of his all-black sporty look including a cap, shoes and sunnies with a denim jacket, Sidharth Malhotra was snapped at the airport. (Also Read: EXCLUSIVE! Jackets, combat boots, aviators and a crisp swag – This is how Sidharth Malhotra amped up Aiyaary promotions!) 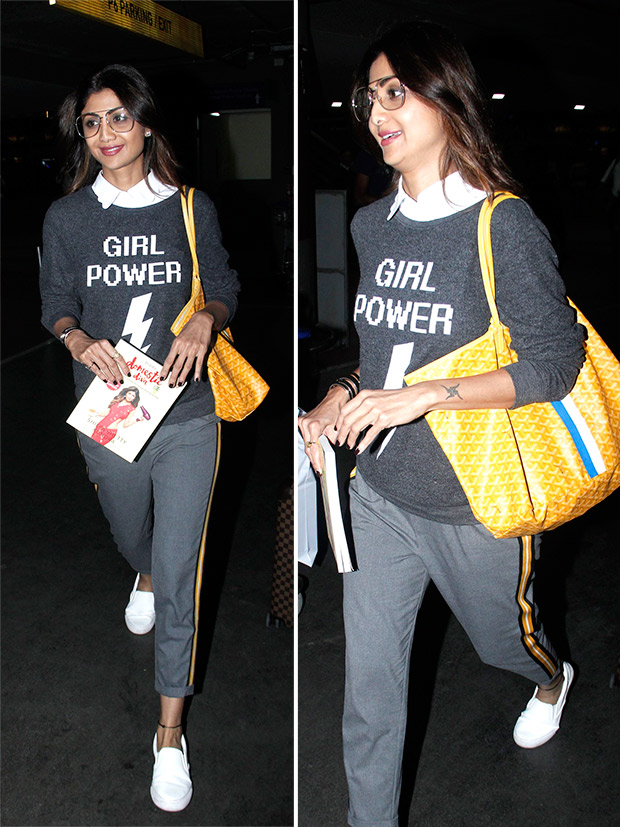 The diva teamed her grey rolled up pants with a grey Girl Power jumper over a white shirt underlay and white sneakers. Vintage glasses and a mustard yellow handbag rounded out her look. 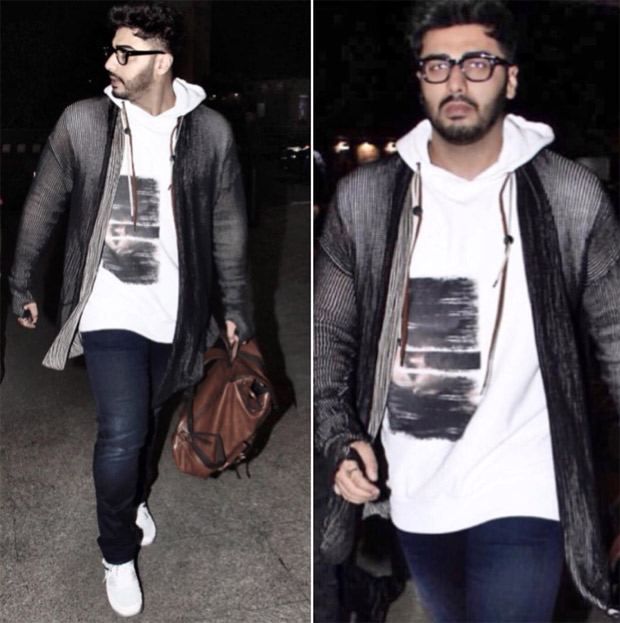 Teaming his G-Star Raw denim with a white graphic hoodie from Angelos Frentzos with a black sheer jacket from Lost & Found Ria Dunn and Off-White x Nike white sneakers, Arjun sported a brown backpack from Coach. He was styled by Priyanka and Kazim.

Ranging from being chic, comfortable to dressy, with a snazzy assortment of travel wear at your disposal, we too can deliberate on our travel wear for those annual sojourns. Stay tuned to Bollywood Hungama Fashion for more such style updates!