Accompanying her was none other than her other co-star Varun Sharma. Yes, Varun will be collaborating with his Dilwale co-star in Arjun Patiala. The film will start its first schedule in Chandigarh.  Kriti Sanon, who is super excited about the project, took to social media to share details about her film that went on floor. 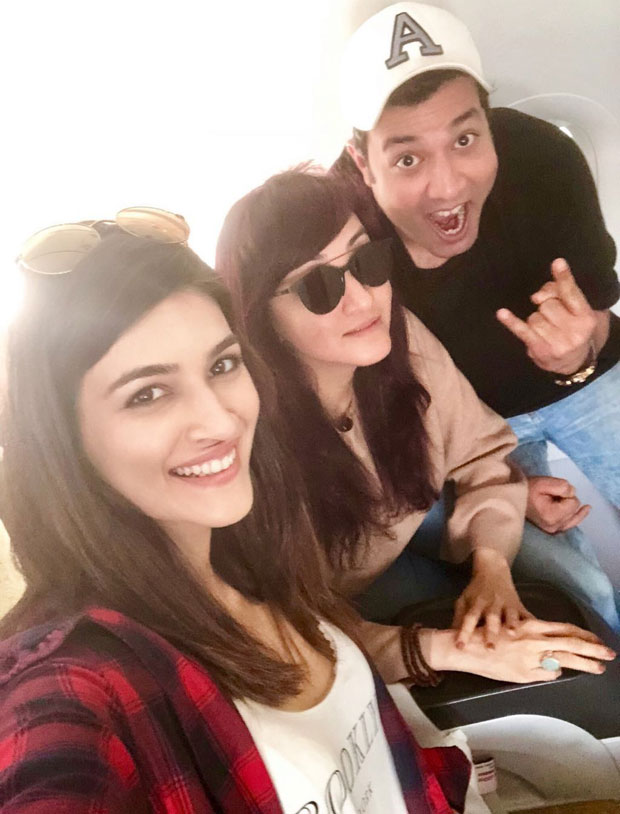 Kriti Sanon recently shared pictures and videos on her Instagram page about the same. She posted a couple of pictures saying, “And the journey begins..! #ArjunPatiala #Chandigarh @fukravarun @sharadakarki @maddockfilmsofficial See you @diljitdosanjh @rohitjugraj.”

According to her post, Diljit Dosanjh will be joining them for the schedule later. However, the actress seems to be going all out before she kicks off the shoot. From freaking out on food to relishing lassi, Kriti shared all her Chandigarh shenanigans. If you don’t believe us, here’s the proof!