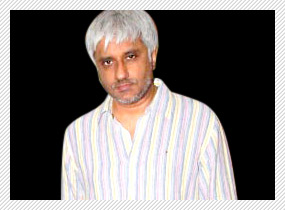 Vikram Bhatt is back. And hopefully there will be a bang too as his Raaz 3 has hit the screens. Ever so composed and calm in the most adverse of affairs, Vikram has seen the worst and the best of the times in his last couple of decades as a filmmaker. Not really known for getting overtly excited with the buzz surrounding his films or feeling letdown by the poor response that some of his films may have fetched, Vikram has continued to churn films on a regular basis. However, in his own words, Raaz 3 is special, and for reasons more than one.

"For me it is an altogether different feeling", says Vikram, "I directed the first in the series 10 years back and now to return for the third after such a gap is indeed something. Moreover, call it my good fortune, but all my horror films have done well. This would only make audience look at Raaz 3 all the more closely. At the same time personally for me Raaz 3 is not just a film; it is something that I have made for the people who made me. There was a lot of love and gratitude that I felt while making this film. When one feels that way, the results are bound to be different because you know that you have to get it right."

It wasn't a quick-fire choice to just go ahead and select a script for Raaz 3. Apparently, quite a few scripts were shuffled around before Vikram eventually settled for the one that has been translated for screen.

"Yes, as a matter of fact our writer Shagufta Rafique says that she has enough material to make films till Raaz 10 as well", smiles Vikram, "However the one that turned out to be the chosen one for Raaz 3 is really mind-blowing. There is jealousy, black magic, spirits that are carriers of this black magic, the works."

He goes on to add that when it comes to the making of the film, as a director he has been as fair as it gets.

"Despite Emraan and Bipasha at our disposal and a 3D film to boast of, we haven't gone crazy as far as the film's budget is concerned. Raaz 3 has been made at a very sensible budget", he says in an assuring tone, "My producers and I have been asked whether in terms of production and scale, this is one of our most ambitious films in recent times. Well, that's not the case as 15 years back we have made a much bigger film, Ghulam, with Aamir Khan."