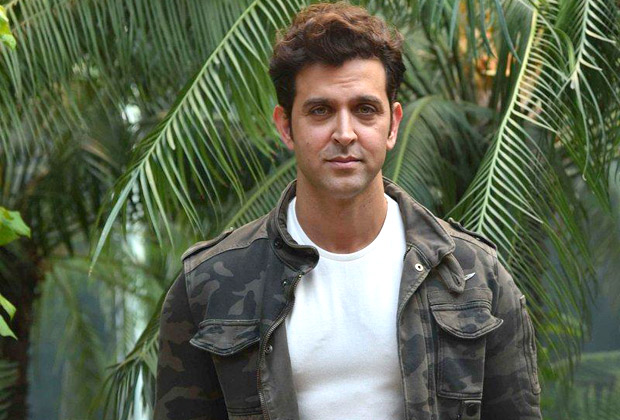 What preparations did you make to play visually impaired?
Half the prep is complete if the script impacts you emotionally. Other than that, all one can do is amass as much information and awareness. Which I did by meeting, chatting, discussing with some of my visually impaired friends. Amazing guys.

This is your second film where you play a specially abled man?
My third film, actually. If you count my dad’s Koi... Mil Gaya and Sanjay Leela Bhansali’s Guzaarish.

Is it difficult to play such a part?
I feel we all are specially abled, because, we all have some defect or handicap and we all strive for normalcy in some form. Which is why, I am able to identify with such characters on screen. Portraying such characters is such an amazing way to feel empowered. And, in doing so, empower others to feel that they are capable in spite of their shortcomings

Which was more difficult to portray- the blind man in Kaabil or the paraplegic in Guzaarish?
Neither. Both were among my easiest parts, because, I was equally passionate about both. Difficulty arises only when you have to hunt for the inspiration because the script is lacking it

Both, you and Yami, play visually impaired people does that limit the interactive space?
Surprisingly, it has enhanced our interaction, because, we both had to focus on each other's presence as opposed to taking each other’s presence for granted when we look into each other's eyes. It was magical.

How tough was it devising action for a blind man?
Very. But, I don't want to talk about that, maybe, once people see the action; it would be a better time to talk about how we managed it!

Finally, what expectations do you have from Kaabil? And what should the audience expect from you and the film?
I think, after the incredible response to the trailer, the people will be expecting nothing less than a good film. And, I see them leave the theatres smiling feeling peace, love, empowered and abled!