Most of us are smitten with South Korean actor Song Kang’s charm after watching the drama, Nevertheless. The 27-year-old rising star in the K-drama world plays the role of a playboy, and he has charmed the female lead in the drama as well as the audience. He delivers a stellar performance as Park Jae Eon with obviously red flags in his characters that many point out on social media. The series is based on a webtoon with the same name. The young actor has been making his presence felt since 2017. Rising up the ladder with small supporting roles to eventually becoming the lead in a drama, Song Kang has shown his acting prowess with roles in various genres from romance to horror. Here’s a roundup of Song Kang’s performances to catch up on! 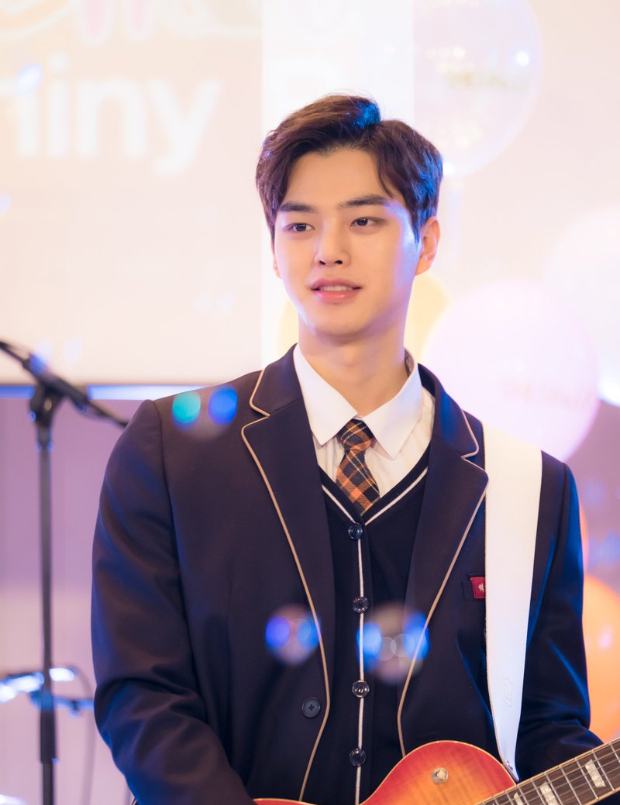 OF DEBUT AND TV SHOWS

Do you remember the shy drummer from Mush & Co from the 2017 drama The Liar and his Lover? The high school boy also harboured a crush on Joy’s character So Rim. He is none other than Song Kang. This drama marks Song Kang’s debut as a mainstream actor. The trio of high school friends delivered some fun tracks in the early episodes of the drama. Song Kang’s puppy eyes to his slightly confused looks grabbed the attention of a lot of viewers. It won’t be wrong to say that the image of Song Kang as a romantic actor was set from that time.

Before his appearance in The Liar and His Lover, Song Kang appeared in the mini-drama Hello, Spring back in 2015. The mini-drama consists of only 4 short episodes, and it introduced the world to actor Song Kang. He played one of the leads Jung Woo Jin and shined through despite being a newcomer in the acting industry. The drama is about college students experiencing love and similar emotions. 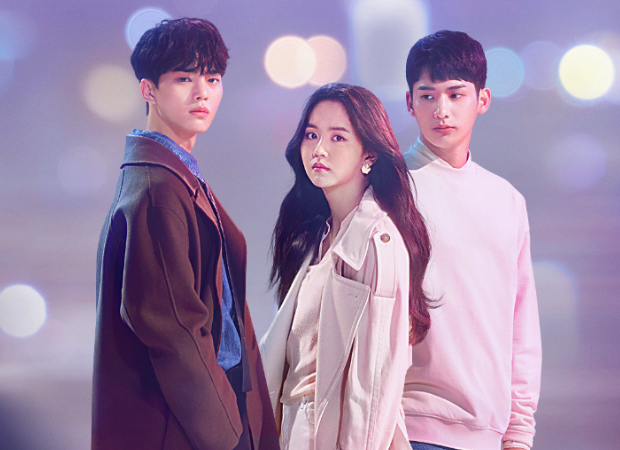 After The Liar and His Lover, Song Kang went on to appear in supporting roles in dramas like Man in the Kitchen, Touch Your Heart and When the Devil Calls Your Name. His first breakout role came with the 2019 drama Love Alarm. The drama marked his first role as a lead and gave him newfound success. The drama set Song Kang’s identity as an angst-ridden boy in love. His vulnerable expressions, his emotive dialogues, and his raggedy charm made him a fan-favourite. The popularity of the drama divided the fandom into two groups – those who favoured Song Kang and those who favoured his best friend and rival Jung Ga Ram. 2021 also gave the fans season 2 of Love Alarm. The drama was once again met with a lot of love and mixed reactions from the audience. The fate of the characters was sealed in the final season. 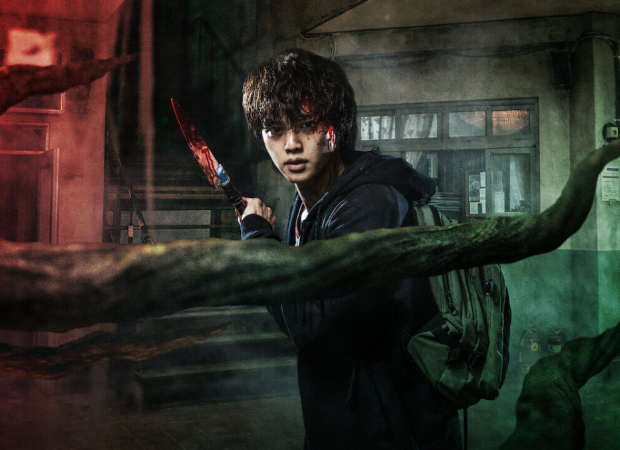 His first drama of 2020 was the Netflix apocalyptic horror show Sweet Home. The drama is adapted from the webtoon of the same name. This drama showed a new side of Song Kang as he diverted from his regular rom-com drama roles and onto something serious and stead-fast. He played the role of Cha Hyun Soo, a high school student who faces an apocalypse and soon becomes a super-powered being after getting infected by the beasts. 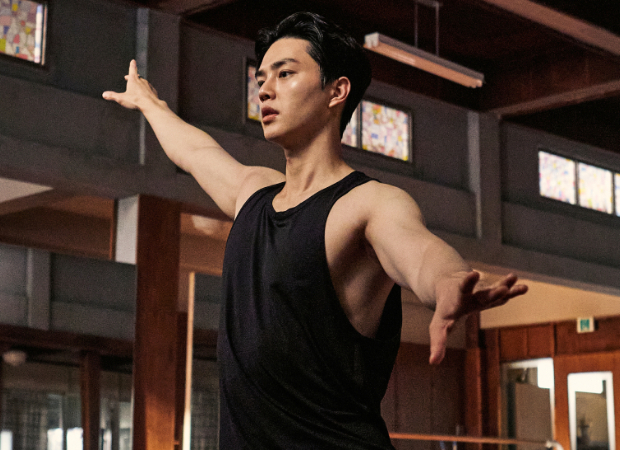 Next, his role in the slice of life drama Navillera was deemed as a turning point in his career. The 2021 drama made the audience laugh, cry and experience sweet emotions. Playing the role of an aspiring ballet dancer, Song Kang took special ballet classes to prepare for the role. 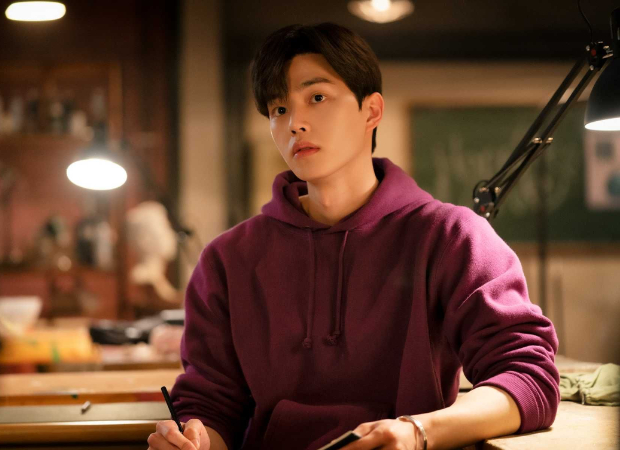 So far, Song Kang’s dramas have been adaptations of webtoons. His roles have been those which are closer to his age, and it is immediately noticeable as he shows the correct maturity for each of his roles. After the completion of Nevertheless, Song Kang is slated to appear as the lead in the drama People at Meteorological Service alongside Park Min Young and Yoon Park. The drama will be aired on JTBC. Reportedly, he will also reprise his role as Cha Hyun Soo in Sweet Home 2. Both these dramas are supposedly slated for 2022 release.

OF CINEMA AND SUPERNATURAL ROMANCE 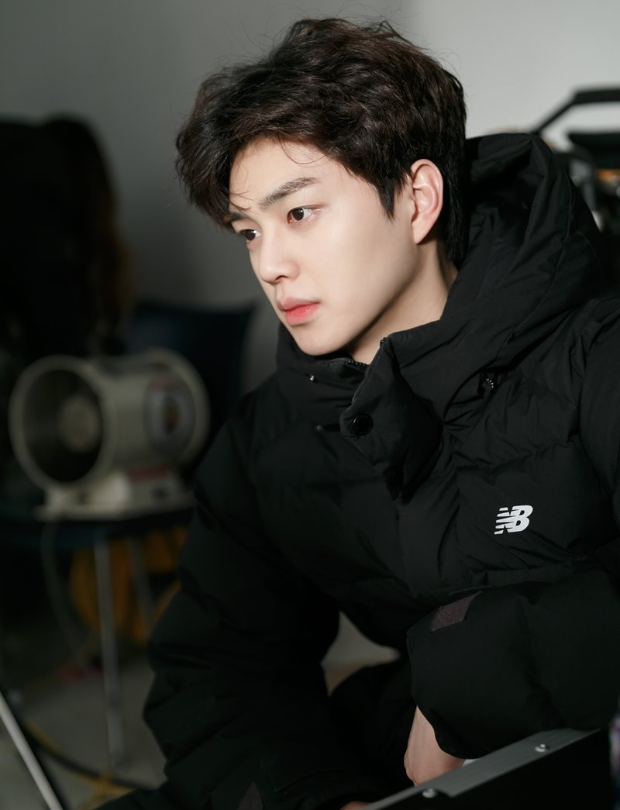 In 2018, Song Kang made his big-screen debut with the film Beautiful Vampire. The movie follows the life of Ran, a vampire who lives in hiding and drinks animal blood to survive. Song Kang plays the role of Lee So Nyeon, the son of Ran’s landlord, who eventually falls in love with Ran. The movie was short and Song Kang had very less dialogues, but he proved that he can fit in the comedy role as seamlessly as he does in the rom-com genre.

OF SONGS AND MUSIC VIDEOS

Even before appearing in dramas, Song Kang was seen in music videos. He has starred in three music videos so far, and each has the theme of love and sweet emotions. Starting with The Ade’s ‘Sweet Summer Night’, he later starred in Suran’s ‘Love Story’. His latest music video appearance was in 2019 for Vibe’s ‘Call Me Anytime’.

A sweet romantic number about summer romance, The Ade’s Sweet Summer Night is a cute song. Song Kang has a few lines in the music video where he interacts with the female lead. The song shows a budding relationship between two youngsters who met on a breezy sweet summer night.

Suran’s ‘Love Story’ is a romantic number featuring Crush. The song speaks about the beginning of new love. Song Kang’s plays the role of a boy who is anxious about his date and spends time picking the perfect outfit. The lyrics of the song are echoed beautifully with Song Kang’s emotive expressions.

Song Kang played the role of a heartbroken lover. Dressed in pastel clothes and occasionally wearing spectacles, Song Kang expressed a lot with his actions and emotions in the music video. Vibe’s ‘Call Me Anytime’ is like a ballad that calls to the lost lover to come back.

In addition to these appearances, Song Kang was also one of the regular cast members on the variety show Village Survival, the Eight. He also appeared on variety shows like Salty Tour, Running Man and as an MC on the music show Inkigayo. The world is smitten with Song Kang and his charms, and these dramas and music videos are just what you need to fall deeper in like and love with Song Kang and his wonderful acting.

Which of these dramas have you watched? Which do you plan to watch next?

Also Read: Woosung on his inspiration behind his magnetic song ‘Lazy’, THE ROSE, running a label, Indian fans and upcoming music