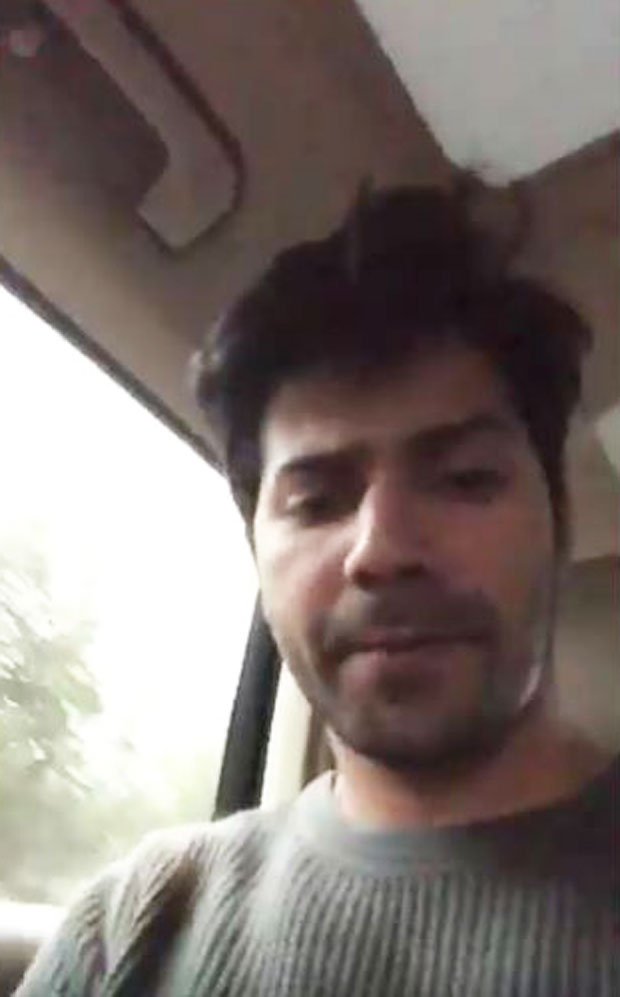 Varun Dhawan is currently in Delhi where he will be kick starting his next titled Sui Dhaaga. The film talks about promoting ‘Made In India’ products and the actor plans to take up the role of doing something for the country even in real life. Hence, he has decided to join a new initiative to urge people to stop polluting the environment and spread awareness about the ways we can avoid the same.

As mentioned before, Varun Dhawan is in the capital for his film and considering the current smoggy situation of the city, the actor was quite disheartened to see all of it. While earlier he warned everyone to stay safe by posting a picture of him in a protected mask, he was recently seen sharing a video message urging people to do something about the condition.

Varun Dhawan went on to promote the message of recycling waste instead of burning it as he asserted that it is one of the prime causes for pollution. He also went on to add in the video that he will kick start this campaign related to recycling soon along with Adar Poonawalla. He took to social media to post this video along with a caption saying, “Rethink. Let’s change instead of blame. @adarpoonawalla has taken a great initiative let’s all try and keep our cities clean and recycle waste instead of burning it.”

Talking about his film Sui Dhaaga, it features him for the first time opposite Anushka Sharma and is directed by Sharat Katariya. Produced by Yash Raj Films, it is slated to release for September 28 next year.

Rethink. Let’s change instead of blame. @adarpoonawalla has taken a great initiative let’s all try and keep our cities clean and recycle waste instead of burning it. pic.twitter.com/qzNJL5dWdq