Varun Dhawan, who unveiled the teaser of Kalank on Tuesday, is enjoying all the appreciation and love coming his way. The actor was in Mumbai for just a day and has headed back to London to finish the schedule of Street Dancer 3D. Upon his arrival, the actor bumped into nation's favourite couple Deepika Padukone and Ranveer Singh. 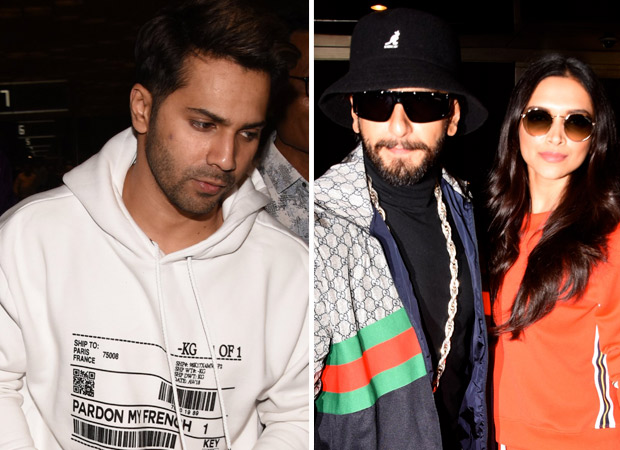 On the work front, Ranveer Singh will headline Kabir Khan's '83 film based on the Indian Cricket Team's 1983 World Cup win. He will essay the role of Kapil Dev, former Captain. Deepika Padukone will soon begin shooting for Meghna Gulzar's Chhapaak in which she will essay the role of acid attack survivour Laxmi Agarwal. Varun Dhawan will be starring in period drama slated for April 17.