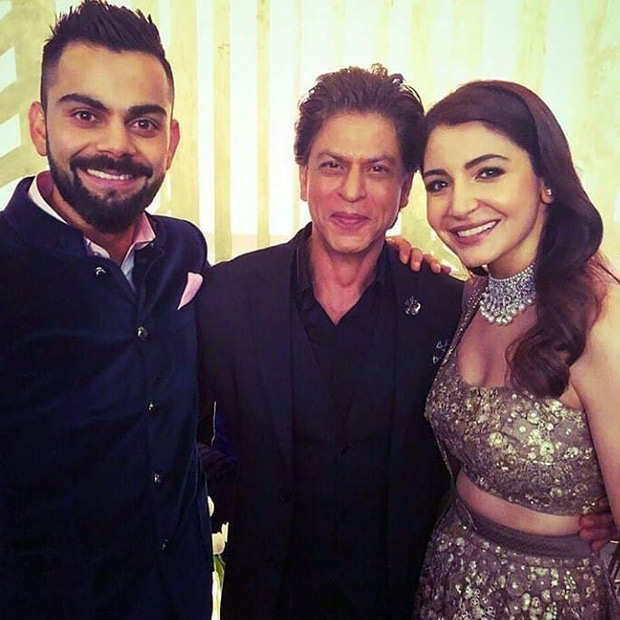 The power couple, Anushka Sharma and Virat Kohli, got hitched in a beautiful destination wedding in Italy on December 11 in the presence of their family and close friends. Post the beautiful Tuscany wedding, the couple returned to India last week for their New Delhi reception.

Shah Rukh Khan was one of the big stars who arrived looking dapper in a black suit with director Aanand L Rai. Anushka had recently starred with SRK in Jab Harry Met Sejal and will be seen in Aanand L Rai's film as well. He had a special wish for them as he shared a picture and wrote, "My love and most most happiness to @anushkasharma @virat.kohli so happy to see them married."

Later, when the newlyweds were done meeting the guests, it was time for some dancing. SRK joined Anushka and Virat in some bhangra and also made Virat do the 'Chaiyya Chaiyya'. The trio danced for a while before getting down to all the Punjabi beats. He even made Virat recite the Jab Tak Hain Jaan poem as Anushka gave a sweet kiss to her hubby.