Millions of fans were awaiting the first glimpse of Sanjay Dutt biopic titled Sanju starring Ranbir Kapoor. The first teaser hit the Internet this afternoon and instantly has become the talk of the nation. Ranbir Kapoor takes you through the different phases of Sanjay Dutt's crazy life in the few seconds teaser. From early Rocky days to drug phase to Yerwada jail to life post jail, the teaser captures it all. 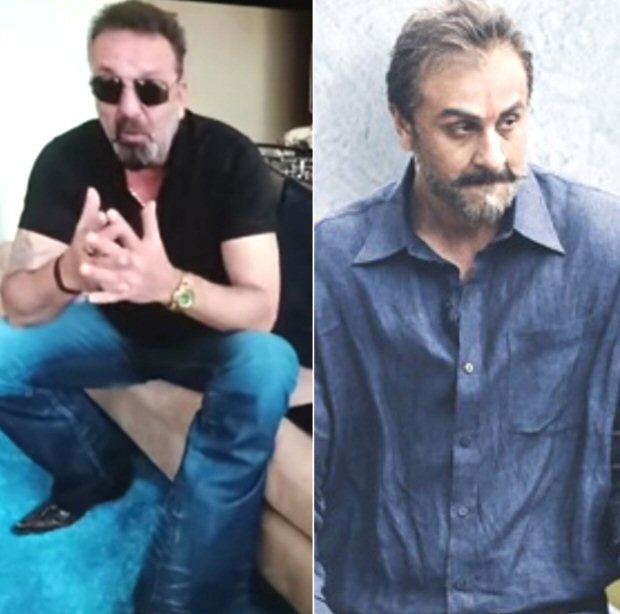 While there was an official launch of the teaser in Mumbai this afternoon, Sanjay Dutt was absent from the event. But, that did not stop him from sending a video message. In a special video message, Sanjay said, "Did all of you see the teaser? If not then do watch it and tell how did you like it.  I can't believe till now that there's a movie been made on my life. I wish I could have been there with you all. But, I am shooting out of India right now."

Mesmerized by Ranbir Kapoor's striking resemblance to him, Sanjay Dutt further said, "l have send some scenes of this film and I can't believe how similar Ranbir looks." He further quipped, "Raju, don't take Ranbir for next Munnabhai." Sanjay Dutt concluded saying, "Enjoy the film. Enjoy the teaser. Thank you for watching it."

Sanju is in turns a hilarious and heart-breaking exploration of one man’s battle against his own wild self and the formidable external forces trying to crush him. It depicts the journey of a man through everything that life can throw at him. Some true stories leave you thinking “did this really happen?” This is one such unbelievable story that happens to be true.”

Produced by Vinod Chopra Films and Rajkumar Hirani Films in association with Fox star studios, Sanju is all set to be released on June 29, 2018.