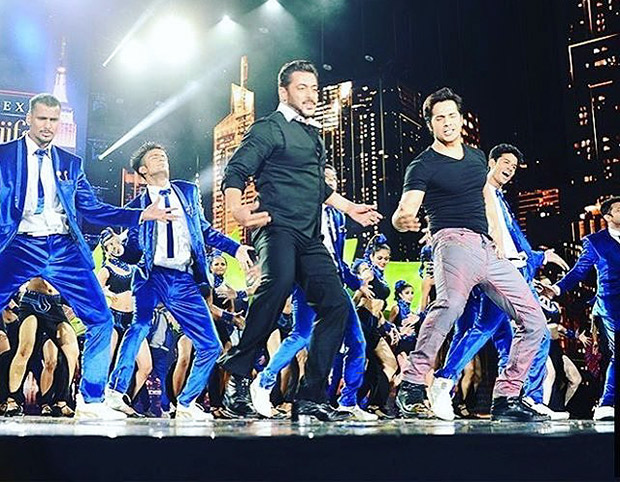 All fans of 90s cinema would know that Salman Khan starrer Judwaa gave some of the iconic dance numbers that people still groove to this day. ‘Tan Tana Tan’ and ‘Oonchi Hai Building’ were some of those peppy numbers from David Dhawan directorial that made the fans go crazy.

Now, 20 years later, Varun Dhawan is all set to bring back that 90s charm for the modern day audience in this upcoming film, Judwaa 2.  Before that, he gave a glimpse of what one can expect from this sequel which originally starrer Salman Khan.

At IIFA 2017, Salman Khan closed the ceremony dancing on some of his hits. This is when Varun Dhawan joined him on stage for a 'Tan Tana Tan' face off. The crowd was in for a surprise as the duo grooved to the beats of the song and entertained everyone with their moves.

Directed by David Dhawan, Judwaa 2 is a sequel to the 1997 Salman Khan starrer Judwaa, and also features Jacqueline Fernandez and Taapsee Pannu. It is scheduled to release on September 29, this year.