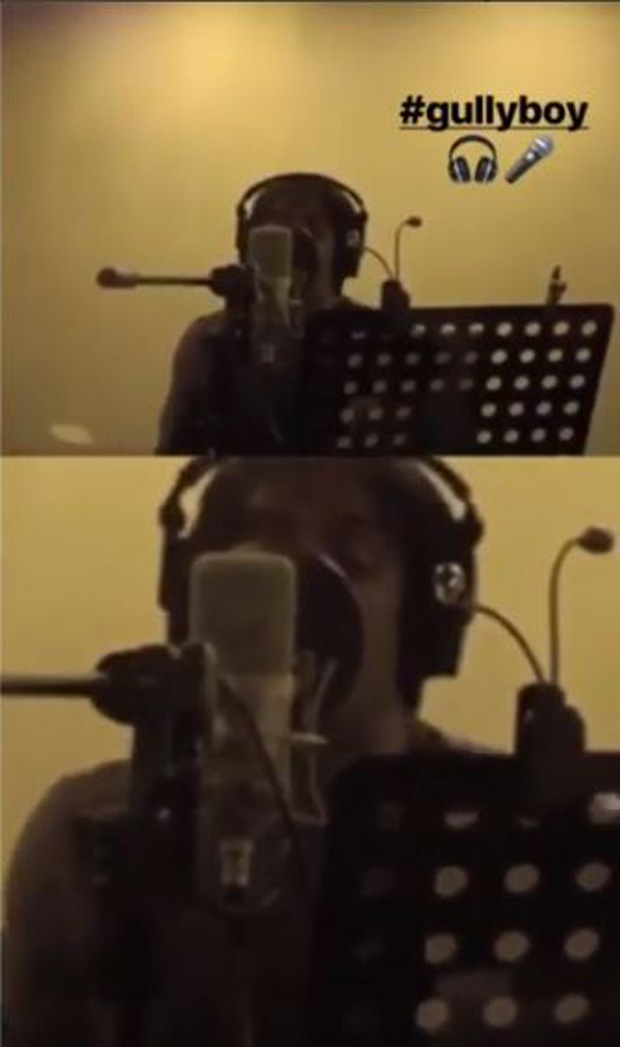 Ranveer Singh has quite a few films in the pipeline. With Padmavat finally releasing this month, the actor has also begun prep for his next film Gully Boy with director Zoya Akhtar. The actor will be reportedly starring as a street rapper in the film.

On Monday afternoon, Ranveer Singh shared a video on his Instagram story where he was seen recording his parts for the film. He has been spending a lot of time several rappers to make his character look authentic. The actor has been doing a lot of workshops with rappers from in and around Mumbai. Rapper Divine has been helping Ranveer during the workshops.

Last month, Ranveer Singh was seen meeting a bunch of rappers including Divine during the workshops. He had an interactive session with the rappers and even showed off his rapping skills.

Directed by Zoya Akhtar, Gully Boy will bring Ranveer Singh and Alia Bhatt on the big screen for the very first time. Although they have worked in a couple of ads for an e-com travel portal, this will be their first film together. This would be the second collaboration between Zoya and Ranveer after Dil Dhadakne Do.

Meanwhile, Ranveer Singh's Padmavat alongside Deepika Padukone and Shahid Kapoor will be releasing on January 25, 2018. He will also start prepping for 1983 Cricket World Cup biopic titled ’83 early next year in which he will be seen as Kapil Dev. The film is being helmed by Kabir Khan. He is also starring in Rohit Shetty's Simmba which is also a collaboration with Karan Johar's Dharma Productions.