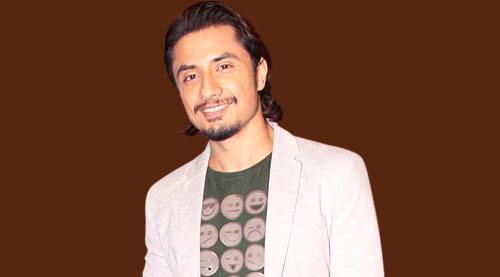 Ranveer Singh and Ali Zafar seem to play the newest version of Jai and Veeru from Sholay in Kill Dil.


Says Ali, "I guess every buddy bonding in Hindi films would in some way be a variation on Jai and Veeru. Plus we are seen a bike together like Dharamji and Bachchan Saab in Sholay. But our equation in Kill Dil is something else."


Ali can barely contain his excitement over his role in Kill Dil. Normally we have actors losing weight for parts. But here's an actor who went into reverse gear. Ali Zafar has put on 7-8 kilos for his role in Shaad Ali's Kill Dil.


Explaining his decision to bulk up Ali says, "I had actually lost a lot of weight for Chashme Baddoor to look like a college student. For Kill Dil I needed a maturer more beefy look."


Ali pumped the iron in the gym constantly. "I am now 73 kgs. But I want to lose 2-3 kgs and hold my weight steady at 70 kgs. Too much of the muscled look is also not good."


The Pakistani actor last seen in the failed comedy Total Siyappa says he thoroughly enjoyed working with Shaad Ali and doing the buddy-buddy thing with Ranveer Singh. "It was great fun. But it is Govinda that I most enjoyed working with. I've been a fan since I was in college. It was a dream come true to work with him. It is wrongly believed that Govinda excels at comedy only. Watch him in Kill Dil and ...well, get your fill."


Ali has not seen the entire film. But he did see bits and pieces of it, and he's impressed. "So is Adi Chopra. At Yashji (Chopra)'s birth anniversary get-together last week, Adi expressed great excitement about the film."