If not for the lockdown, Sara Ali Khan and Varun Dhawan starrer Coolie No 1 would have been playing in the theatres right now. The film directed by David Dhawan is a remake of the 1995 film of the same name starring Govinda and Karisma Kapoor. In an exclusive conversation with Bollywood Hungama, Sara Ali Khan spoke about her experience working with Varun Dhawan. 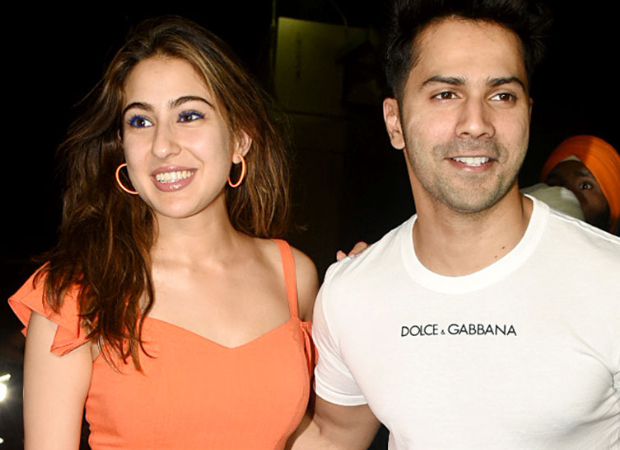 Three-film-old Sara Ali Khan worked with Varun Dhawan for the first time. While the trailer of their film has not been released yet, fans are already rooting for this pairing based on the pictures from the sets of Coolie No 1 and the camaraderie shared by the two on social media. Talking about her experience working with Varun Dhawan, Sara Ali Khan said, “I think I had an absolute blast working with Varun. Firstly, I think he knows his job so, so well and he is fully focussed on that, which I think is important when you are on a film set. That side, I think he is very, very supportive as a co-actor. He is superbly friendly and he is a lot of fun. I think I had one of my best experiences so far working with him. He knows how to be professional and serious and we need to give work the importance it needs and deserves, but he is also, in general, a very fun and chill person. So, I think he is one of the only people who I have worked with and actually hang with as well. I really like that about him. He is definitely one of my favourites.”

Meanwhile, on the work front, Sara had started shooting for Atrangi Re before the lockdown was imposed. Atrangi Re directed by Aanand L Rai also stars Akshay Kumar and Dhanush.

Amit Sadh - Locked away in the Himalayas