On Monday, singer Neha Kakkar shared a video of her first meeting with her boyfriend Rohan Preet Singh's parents. In the video, the couple is seen sitting together holding their hands and having a happy conversation. 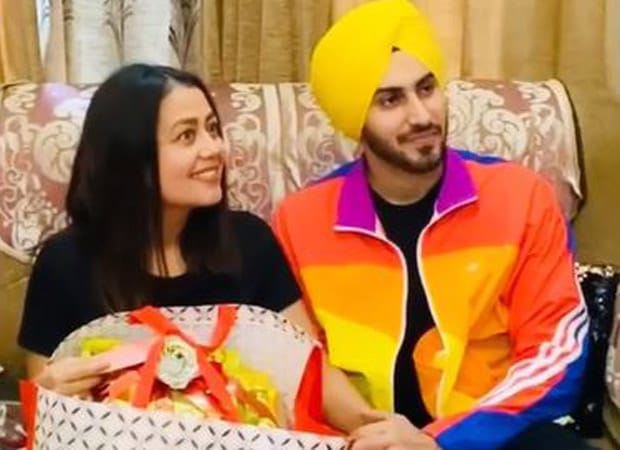 “The day he made me meet His Parents and Family. Love You @rohanpreetsingh. #NehuPreet,” Neha wrote, sharing the adorable video on Instagram. Commenting on the video, Rohan showered love on his lady love and wrote, "Aayeeeee tu tan meri zindagi he bangi re. i tan bht he zyada love you hogya. i can’t explain in words what this day meant to me. i got whole world holding my Hand. love you till the infinity Ends. My Queen My Everything."

The day he made me meet His Parents and Family ♥️???? Love You @rohanpreetsingh ???? #NehuPreet

Neha Kakkar will reportedly be having a registered marriage on October 22, two days before their wedding ceremony in Delhi on October 24. A wedding reception card of the couple was leaked online which said that the reception will be held on October 26 in the The Amaltas, near Mohali in Punjab.

Neha made her relationship with Rohan Instagram official on October 9 when she shared a picture with him and captioned it as, "You're mine". Meanwhile, the couple will also be collaborating for the first time for a song titled ‘Nehu Da Vyah’ which will be released on October 21.