Neetu Kapoor has been spending most of her time during the lockdown with her son Ranbir Kapoor and daughter Riddhima Kapoor Sahni. She often shares pictures with them on social media as well. 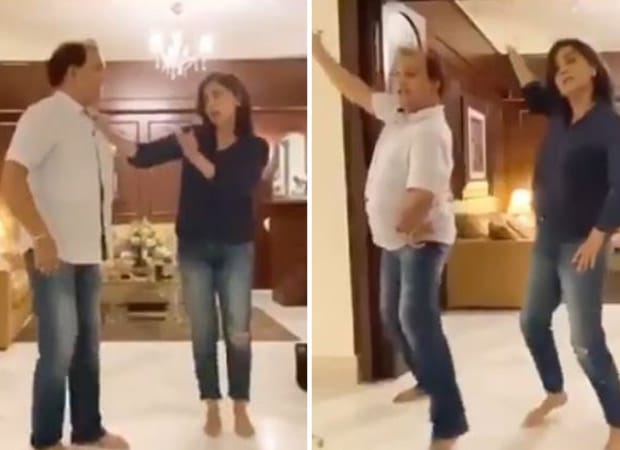 Recently, a rehearsal video of Neetu Kapoor dancing to one of Ranbir Kapoor's hit songs is making the rounds on social media. The video was originally shared by choreographer Rajendra Singh who is popularly known as Masterji on social media. Neetu Kapor can be seen dancing to the tunes of the song ‘Ghagra’ from the 2013 movie Yeh Jawani Hai Deewani.

Amazing dance choreo with the one and only my favourite @neetu54 ????

A post shared by Rajendra Singh Choreographer (@masterjirocks) on Oct 7, 2020 at 6:39pm PDT

In the video, Masterji and Neetu Kapoor can be seen thoroughly enjoying dancing to the song. The original song featured Ranbir Kapoor and Madhuri Dixit. Meanwhile, fans are wondering whether the senior actress is preparing for the rumored wedding of Alia Bhatt and Ranbir Kapoor.

On the work front, Neetu has reportedly signed director Raj Mehta's next alongside Anil Kapoor, Varun Dhawan, and Kiara Advani.