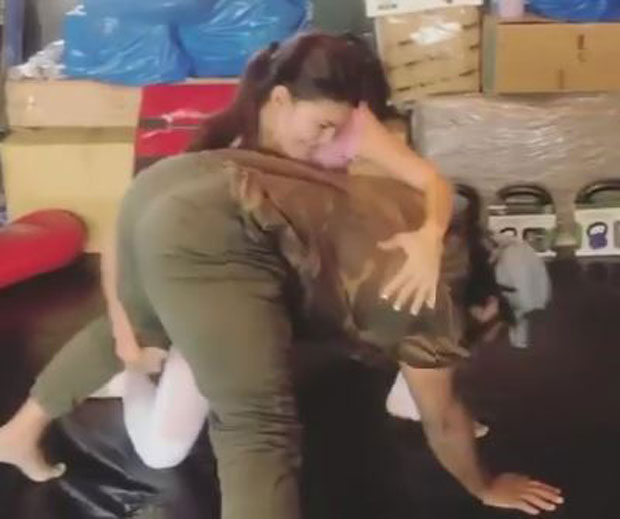 Jacqueline Fernandez is one actress who constantly keeps her fans and followers updated of her actions. Well after dominating the social networking site Instagram with videos of her pole dancing lessons, Jacqueline we see has now decided to learn something new.

Sharing a video of her new found hobby, which incidentally happens to be the full contact sport of Mixed Martial Arts, Jacqueline Fernandez took to Instagram sharing a video of her training. Posting the video as part of her Insta story, the actress who was recently seen in the film A Gentleman alongside Sidharth Malhotra captioned it saying, “MMA first day”. Seen in the video is Jacqueline grappling with her trainer as she learns the moves.

Back on the film front, Jacqueline Fernandez will next be seen in Tarun Mansukhani’s Drive alongside Sushant Singh Rajput and later in Race 3 that also features Salman Khan, Bobby Deol, Saqib Saleem, Daisy Shah and Pooja Hegde.