Last Updated 08.12.2022 | 11:52 AM IST
feedback language
follow us on
Bollywood Hungama » News » Bollywood Features News » Watch: Hrithik Roshan finally cuts ties with his character Vedha: “Learnt to be at peace with my failings”

Bollywood’s latest release Vikram Vedha has created a lot of noise. Though it is a remake of a Tamil film, the neo-noir has managed to bag a positive response from the audience as well as critics. While the film is impressing moviegoers, Hrithik Roshan has finally cut ties with his character Vedha. 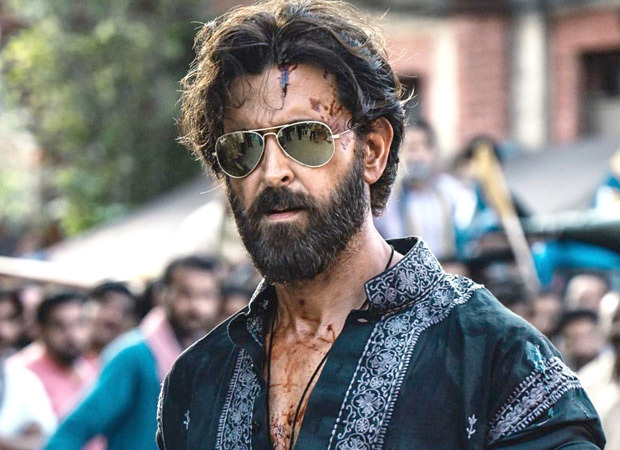 Watch: Hrithik Roshan finally cuts ties with his character Vedha: “Learnt to be at peace with my failings”

Taking to his verified social media handle, Roshan shared a video on Monday, October 3. In the video, a nervous Hrithik can be seen cutting a black thread tied on his wrist. In the caption of his video post on Instagram, the actor wrote, “Time to let go.” The write-up further added, “I don’t know exactly when I started doing this. Or even why. But I realized today that i’v secretly done this for every character that terrified me.”

The Krrish actor continued, “Mostly it’s a red mauli ( kabir wore that) and sometimes it’s a black thread. / Can’t even remember when I started this. Was it kaho na pyaar hai ? Or koi mil gaya or much later ? (Wil have to go back and check my wrists or neck in those films) cause it’s never planned. Vedha got it at dress rehearsals n became it. Kabir got it at the War mahurat pooja and i made it a part of him.”

Elaborating on the same, the Super 30 actor mentioned, “I think I do it cause it physically anchors the commitment I make to myself before I begin. A secret pact between me and myself. / The ritual of cutting it is always confusing. For vedha I tried once my shoot got over but couldn’t , then when my dub got over , but again couldn’t. And then I finally did when the question I ask myself had a satisfactory answer - “Did I give this everything I had?” “Can I do more ?” - it’s a question that scares me , drives me , n keeps me searching for more.”

Speaking about his character in the Pushkar Gayathri directorial, Hrithik penned, “Vedha has been a terrific journey. Thru him I learnt to be. At peace with my failings. Unafraid and unapologetic.” He also expressed his gratitude to the makers of Vikram Vedha, Pushkar and Gayatri.