The ministry of culture organised a 16-day e-auction of prestigious and memorable gifts presented to Prime Minister Narendra Modi as he celebrated his 72nd birthday. As the e-auction concluded on October 2, Bollywood actor Kangana Ranaut also participated in the e-auction and bid for two items related to Ram Janam Bhumi. The actress took to her verified social media handle and shared the inside pictures from her visit. 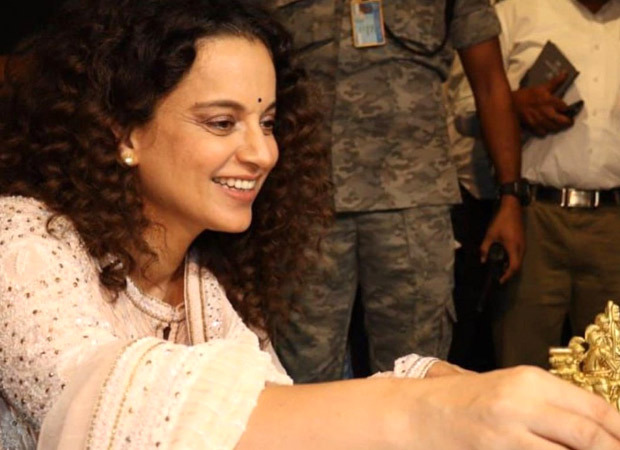 The caption of the Manikarnika actress's multiple-picture post on Instagram read, “Today I had the good fortune of visiting the auction of Honourable Prime Minister @narendramodi ji’s memorable gifts/ mementos that were presented to him at special occasions.”

The Queen actress further added, “I bidded for Ram janm bhumi mitti and Ram Mandir design … what did you bid for ? It’s proceeds will go for Namammi Gange project … let’s do this.” In the images, an elated Kangana salutes and beholds her bid items. Many from her 9.5M followers showered love on the post and dropped red-heart emoticons in the comments section.

Coming to her professional front, the 35-year-old actress was last seen in Dhaakad. The action-thriller, released in May this year, performed poorly at the box office. Now, she is gearing up for her next project titled Emergency. In the forthcoming film, she will be seen essaying the role of late Prime Minister Indira Gandhi.