Shah Rukh Khan's public appearances have considerably reduced in the past couple of years. But when he makes an appearance, it is worth a lot more than a hoot and a cheer. The 56-year-old superstar has an undying charm that makes crores of people fall in love with him when he makes a public appearance. On Tuesday, Khan's pictures from an event that he attended in Delhi went viral. For the brand event, Khan opted for a black tuxedo which he styles with a pair of sunglasses. 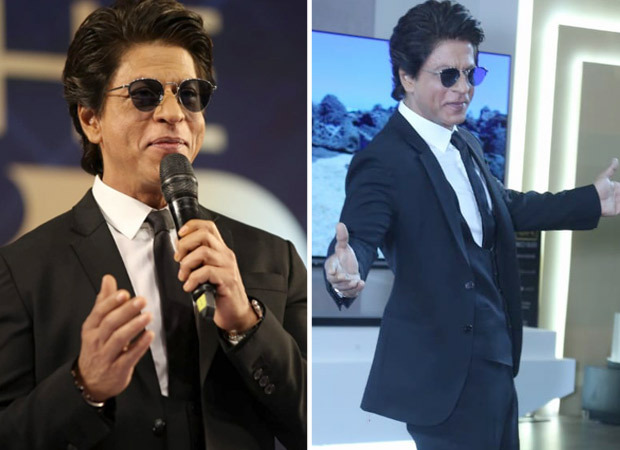 Watch: Fans cannot stop screaming as Shah Rukh Khan does his signature pose at an event in Delhi

Shah Rukh Khan entered the stage to a loud cheer from the audience as he greeted them with an Adab. The theme music of Don was also playing in the background as he entered the stage. In videos from the event, Khan is also seen doing his signature pose for fans who could not stop screaming as he spread out his arms in the air.

Shah Rukh Khan was spotted at the private airport in Mumbai on Monday and was seen dodging from the paparazzi. He was surrounded by his team and an umbrella was used to cover his face.

On the work front, Shah Rukh Khan will be seen on the big screen after four years in the film Pathaan. The film will be released in January 2023 and co-stars Deepika Padukone, John Abraham, and Dimple Kapadia. Khan also announced the film Dunki with filmmaker Rajkumar Hirani. He is also shooting for Atlee's yet-untitled film which also stars Nayanthara and Sanya Malhotra.

ALSO READ: Shah Rukh Khan asks Suhana Khan to take a day off from The Archies shoot to hug him; she responds ‘love you papa’