Last Updated 16.08.2022 | 9:25 PM IST
feedback language
follow us on
Bollywood Hungama » News » Bollywood Features News » “I want to give audiences an experience that is spectacular and like no other with Pathaan”, says Siddharth Anand

Ace director Siddharth Anand is having an incredible birthday this year because he is ‘living and breathing Pathaan every moment'! The visually spectacular Yash Raj Films’ action extravaganza, Pathaan, is part of Aditya Chopra’s spy universe and has the biggest superstars of the country Shah Rukh Khan, Deepika Padukone, and John Abraham in it. Siddharth says, “It is a very special birthday for me this year as I’m working on one of the most special films of my career, Pathaan. I’m living and breathing Pathaan every moment of my life and I want to give audiences an experience that is spectacular and like no other.” 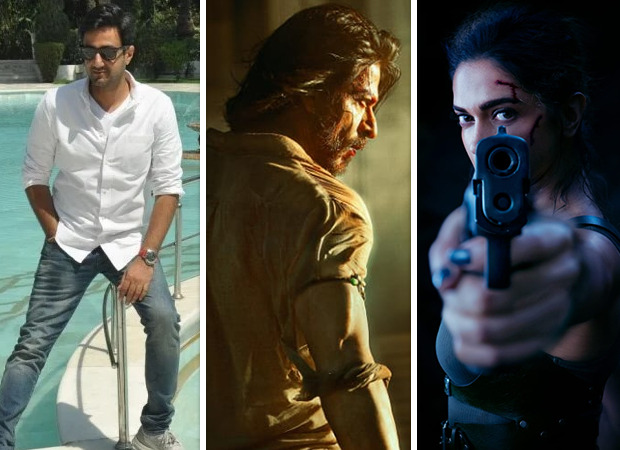 “I want to give audiences an experience that is spectacular and like no other with Pathaan”, says Siddharth Anand

Pathaan has broken the internet thrice already as its release date announcement video which gave a glimpse of SRK, Shah Rukh’s first look, and recently a glimpse of Deepika Padukone’s look in the film all went viral globally! Sid says, “I’m thrilled with the unanimously positive response to every asset of the film that we have launched so far. Starting with the announcement video, to Shah Rukh Khan’s first look in the film, to us unveiling a glimpse of Deepika Padukone. We are fortunate that everything has been loved by audiences. What the audience thinks and feels is of utmost importance to us all and we are happy that Pathaan has started off on such a strong note with them.”

The director adds, “I always endeavour to give audiences a theatrical experience that sets new benchmarks in Indian cinema. We are all working very hard so that Pathaan, hopefully, does the same when it releases on Jan 25, 2023.”

Shah Rukh Khan and Deepika are one of the biggest on-screen pairings in the history of Indian cinema given their epic blockbusters Om Shanti Om, Chennai Express, and Happy New Year. They recently sizzled in Spain as leaked photos from the sets took the internet by storm. The glamourous duo shot a hugely mounted song in Mallorca as SRK was papped flaunting an eight-pack and DP her perfect bikini bod. They then headed to Cadiz and Jerez in Spain where they wrapped the schedule on March 27th.