Yesteryear Bollywood actress Waheeda Rehman may have aged but is still young at heart. While having a conversation with Twinkle Khanna, the 81-year-old actress revealed one thing from her bucket list. The actress expressed her desire to go scuba diving. 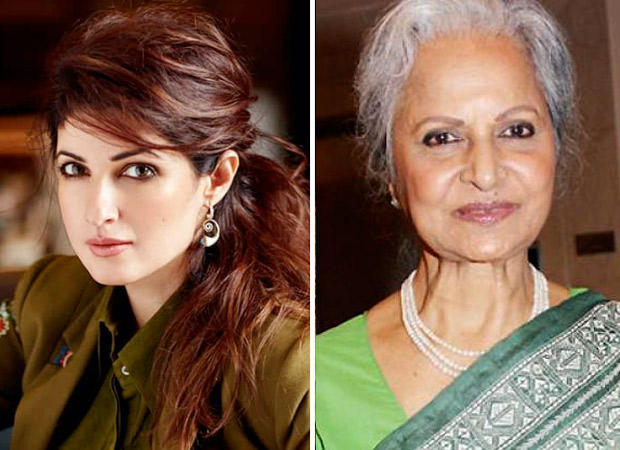 Twinkle Khanna expressed surprise at first at this revelation by Waheeda Rehman. Waheeda then asked, "Why not?" Twinkle was certainly taken aback but praised the actress and even gave her a high five to the ageless beauty.

Twinkle Khanna who goes by the name Mrs Funnybones on Twitter took to the social media platform to share the snippet from her conversation with Waheeda Rehman. Sharing the video, she wrote, “Love her spirit! We already have a young and able-bodied gentleman who has volunteered to take her underwater. I would not trust him on land though:) Homi gets on with it:).”

Love her spirit! We already have a young and able-bodied gentleman who has volunteered to take her underwater. I would not trust him on land though:) Homi get on with it:) https://t.co/QHrENRc7ik

Meanwhile, Waheeda Rehman was last seen in the movie Vishwaroompam II (a Tamil-Hindi Bilingual movie). She recently appeared on the show Superstar Singer, a singing reality show. She was joined with contemporary actors Asha Parekh and Dharmendra. The mini-reunion of the actors brought nostalgia on stage as the trio shared anecdotes of the times they worked together.