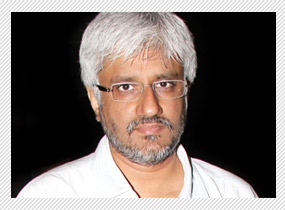 He may just be Indian's only director - producer who has met phenomenal success when it comes to making films in the horror genre. Yes folks, he is none other than Vikram Bhatt. With films like Raaz, 1920, Haunted 3D and most recently the Emraan Hashmi - Bipasha Basu starrer Raaz 3, Vikram has proved his power over the genre.

Still riding high on the success of Raaz 3, Vikram's next will be a sequel to his 2008 hit 1920. The film titled 1920 - Evil Returns is directed by Bhushan Patel starring Aftab Shivdasani, Tia Bajpai and Vidya Malvade and is being produced under the banner of BVG Films (A Division of ASA Productions & Enterprises Pvt Ltd). Written by Vikram Bhatt and Amin Hajee and featuring lyrics by Shakeel Azmi, 1920 - Evil Returns promises to be a hair-raising thriller.

Bollywood Hungama gives its surfers a first glimpse into what to expect from 1920 - Evil Returns:

Aftab plays a poet, rich man, who is devastated by a love he had lost. He lives the life of an alcoholic, wondering what his mission in life might be. Then one day he finds itâ€¦.a young girl, played by Tia, washed up on a lake shore.

He brings her home to learn that she has no memory of the past and that she has brought a spirit along with herâ€¦ a spirit that sought to destroy her.

Aftab vows to protect her but the spirit has other plans. It possesses her. To save her from the possession, Aftab needs to know what Tia had done to incur the wrath of the spirit. ....but then she has no memory. To save her he needs to find her past that even she does not remember.....and then time is running out!