Actor Vicky Kaushal is very active on social media. He keeps sharing every bit of his life, from his workout videos to him chilling at his home. Recently, the actor has shared yet another interesting video on his Instagram in which he was grooving to and lip-syncing the song 'Purple Hat' by Vanity Jam. 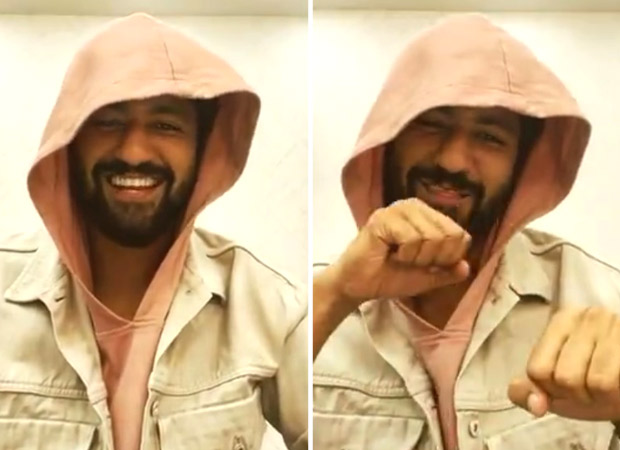 In the video, Vicky was sitting inside his vanity van and was wearing a peach hoodie along with a beige denim jacket. Sharing the video, the actor wrote a hilarious caption that reads as, "Felt cute will 100% delete later. Bohot zor se Acting aa rahi thi."

Many took to the comments section and wrote in his appreciation. Ayushmann Khurrana dropped multiple emojis, while Hrithik Roshan wrote ‘Woah’ with clamp emojis and further mentioned ‘I like’. To which Vicky replied in the most pleasant way and wrote, “Woah!!! You like. I dead”. Deepika Padukone also reacted to the post with several laughing emojis and Kriti Sanon dropped two fire emojis.

On the work front, Vicky is currently gearing up for Aditya Dhar's The Immortal Ashwatthama.