Varun Dhawan and Kriti Sanon who will be headlining the film Bhediya, recently flew to Arunachal Pradesh for the first schedule of the film. However, their shoot was recently interrupted by fans at the Sagalee Ground in the state. The excited fans thronged the location to get a glimpse of the star. 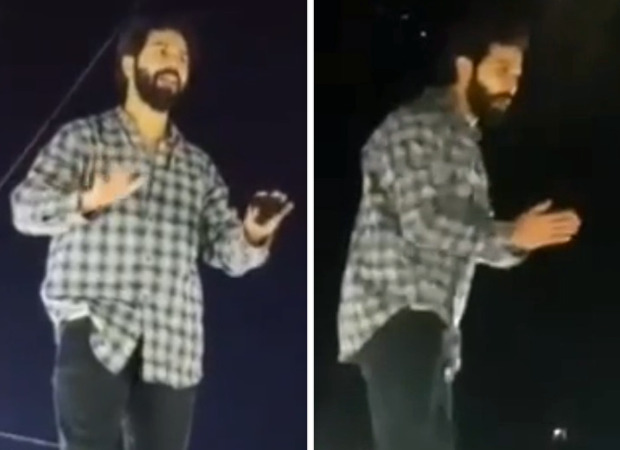 When fans arrived in large numbers, Varun climbed on top of a vehicle to request all the fans to let them shoot. He also promised them that he will meet and interact with all once they are done with the shooting.

Varun Dhawan will be shooting for the film in the regios of Ziro (Lower Subansiri), Sagalee (Papum Pare) and parts of Pakke Kessang district over a span of two months.

Before starting to shoot, the makers had also met Arunachal Pradesh CM Pema Khandu. Speaking about the makers' decision of choosing the state as the ideal location for their film, the CM said, "Pleased to meet Bollywood Star Varun Dhawan and Kriti Sanon and their team during their call on. They are in Arunachal to shoot for the movie Bhediya. Happy to know they are enjoying their time here and are keen on promoting Arunachal as popular film destination."

The film directed by Amar Kaushik and produced by Dinesh Vijan will be released on April 14, 2022.