Last Updated 02.02.2023 | 2:16 PM IST
feedback language
follow us on
Bollywood Hungama » News » Bollywood Features News » Varun Dhawan strikes a pose with his groomsmen ahead of his wedding with Natasha Dalal

After years of courtship, actor Varun Dhawan and his longtime girlfriend Natasha Dalal are ready to tie the knot on January 24 in Alibaug. The couple and their families arrived in Alibaug on Friday, January 22. The couple was supposed to get married in 2020 but due to the pandemic, their plans were delayed. 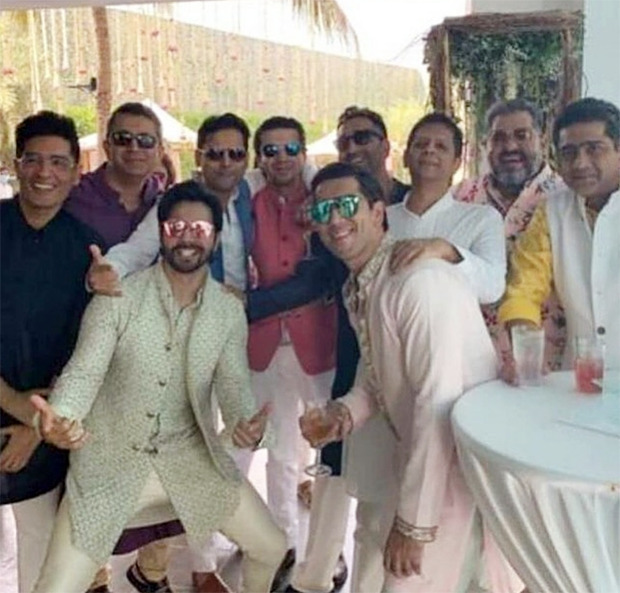 While a lot of security has been placed at the wedding venue, there are hardly any pictures out from the wedding festivities yet. But, we have got our hands on the first picture of Varun Dhawan all decked up in a light green kurta with a jacket, off-white pyjamas, and sporting sunglasses as he strikes a pose with his groomsmen which includes designer Manish Malhotra and filmmaker Kunal Kohli.

Many family members have already arrived and additional security has been arranged at the venue. CCTVs, no phones amongst other things have been arranged in order to make the wedding as private as possible.

Varun Dhawan and Natasha Dalal have been in a relationship since before he made his debut in Student Of The Year.