The Coolie No. 1 team celebrated the wrap up of their film with a party in Mumbai at Bhagnani’s house. Hosted by producer Vashu Bhagnani and director David Dhawan, the wrap party saw the cast and crew celebrating the much-anticipated film. Along with actors Varun Dhawan and Sara Ali Khan and producers Jackky Bhagnani and Deepshikha Deshmukh, also present at the party were Akshay Kumar, Karisma Kapoor, Riteish Deshmukh, Genelia Deshmukh, Javed Jaffrey, Rohit Dhawan, Dinesh Vijan and many other others. 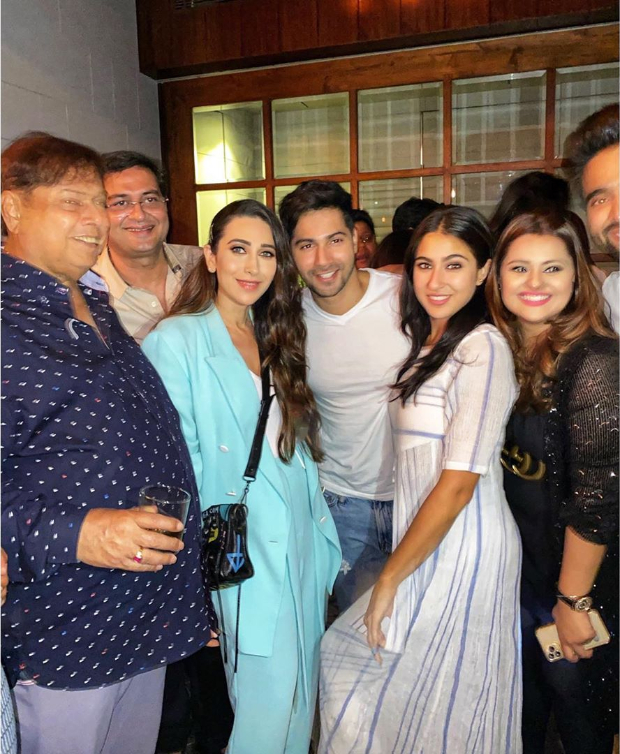 From cake cutting ceremony to hinting the 'Main Toh Raste Se' track with instrumental in the background, the video from the party shows the celebrities had a gala time.

With just 2 months to hit theatres, the posters and pictures from the sets have already piqued the interest of the fans. Coolie No. 1 is slated to release on 1st May 2020.