Co-actors Varun Dhawan and Taapsee Pannu continue to share a friendly camaraderie even after couple years post the release of their last film Judwaa 2. May be it is related to the fact that Taapsee has immense respect and admiration for the actor’s filmmaker father David Dhawan who also launched her in Bollywood with Chashme Baddoor. Whatever be the reason but Varun loves to keep in touch with all his co-stars including Taapsee. In a recent post, the two actors gave a glimpse of their rapport when Varun commented on the new look of Taapsee! 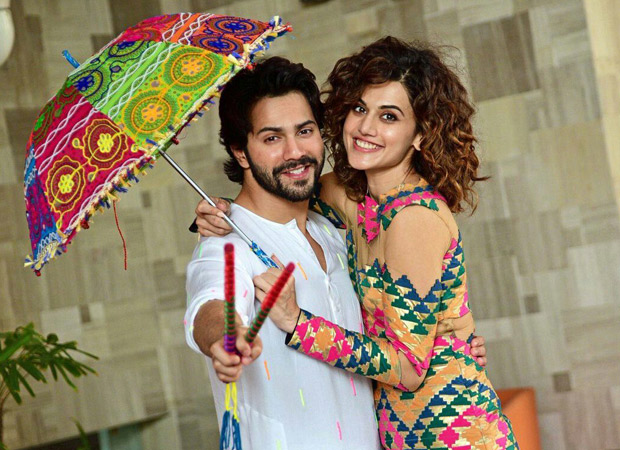 Taapsee Pannu has been posting a few photos off late which give us a glimpse of her curly hair. In a recent post, she shared a look of her sitting in what seems like a restaurant and while we do get a whiff of her casual avatar, what grabs our attention is her lovely curly hair. The actress too seems to be quite fond of it and has found a fan in Varun Dhawan too. The latter took to Instagram to comment on the said photo, “Curly hair, I love it taps.”

Replying to the same comment, Taapsee revealed to her Judwaa 2 co-star that his father David Dhawan apparently didn’t like curly hair. She said, “Varun Dhawan, tell your dad to love my curly hair too!” 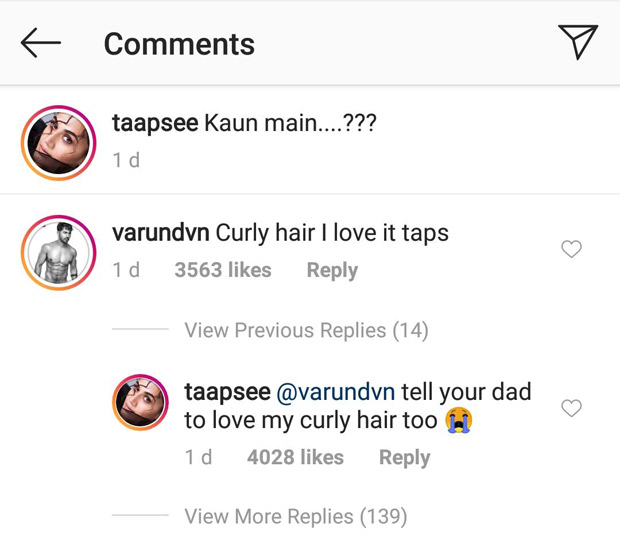 On the work front, Taapsee Pannu is gearing up for the bilingual Game Over, Mission Mangal and the Bollywood film Saand Ki Aankh with Bhumi Pednekar. The latter will feature the two actresses as a 60 plus octogenarian shooters. She has also signed a film with Anurag Kashyap.

Also Read: Vicky Kaushal REGRETS losing out on Stree, Taapsee Pannu confesses that she wants to MARRY him

"Kishore Kumar will always be my guru"-…

Nora Fatehi is back with her power moves in…