Vicky Kaushal and Taapsee Pannu were on the latest episode of Vogue BFFs and BOY, they did bring the roof down. While both spoke about how they got to know each other before they did a film, Manmarziyaan, together and later, how their bonding was just so natural. From picking out each other’s’ best and worst performances, to startling us with some surprising revelations, they did it all. 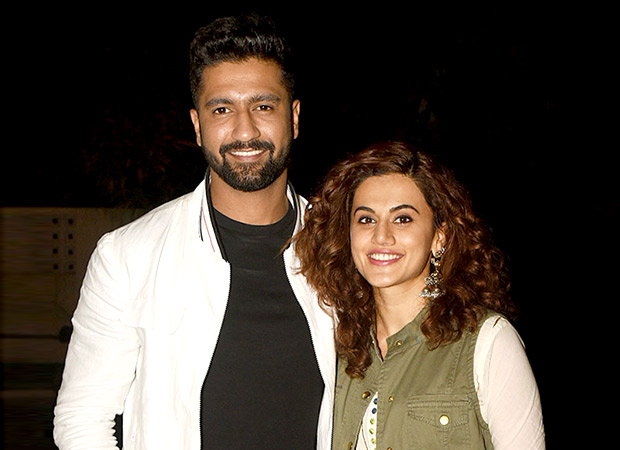 Guess how Taapsee introduced her BFF Vicky to viewers in the sweetest way. Vicky in turn explained how their equation strengthened over time but they kicked it off from the Day 1 on the shoot of the film.  He said "I was in my blue hair and she in her red hair and I don't know for some reason we just hit it off straight away. One striking thing about her personality is that she is immensely transparent as a person and she is a great talker. And I am a great listener."

Later, Taapsee confessed that she does not find Vicky, ‘HOT’ but she would still MARRY him if given an option and she would hook up with Varun Dhawan and KILL Abhishek Bachchan.

In another fun section Vicky was asked about one film he regrets LOSING to which he said, “Stree, that was because I was doing Manmarziyaan.”

Also Read: Manmarziyaan stars Taapsee Pannu and Vicky Kaushal reveal about their drunken night memory and it is hilarious