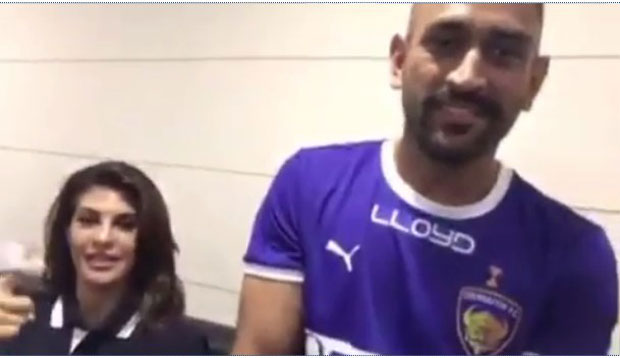 As Varun Dhawan was having a gala time giving the fans a peek into their room, he was also seen goofing around with the camera whilst they all watched the football match. Jacqueline and MS Dhoni were chatting about the match while Varun was seen praising his biopic. Alia Bhatt and Sachin Tendulkar were newbies to the football game and hence were hardly aware of anything about the game. Varun was also pulling Abhishek Bachchan's leg for watching another match when the game was on. In the end, we see Ranbir Kapoor hugging the camera.

The season 3 of Indian Super League features eight teams, each playing 14 matches during the regular season before the finals.

Have a look at the videos: